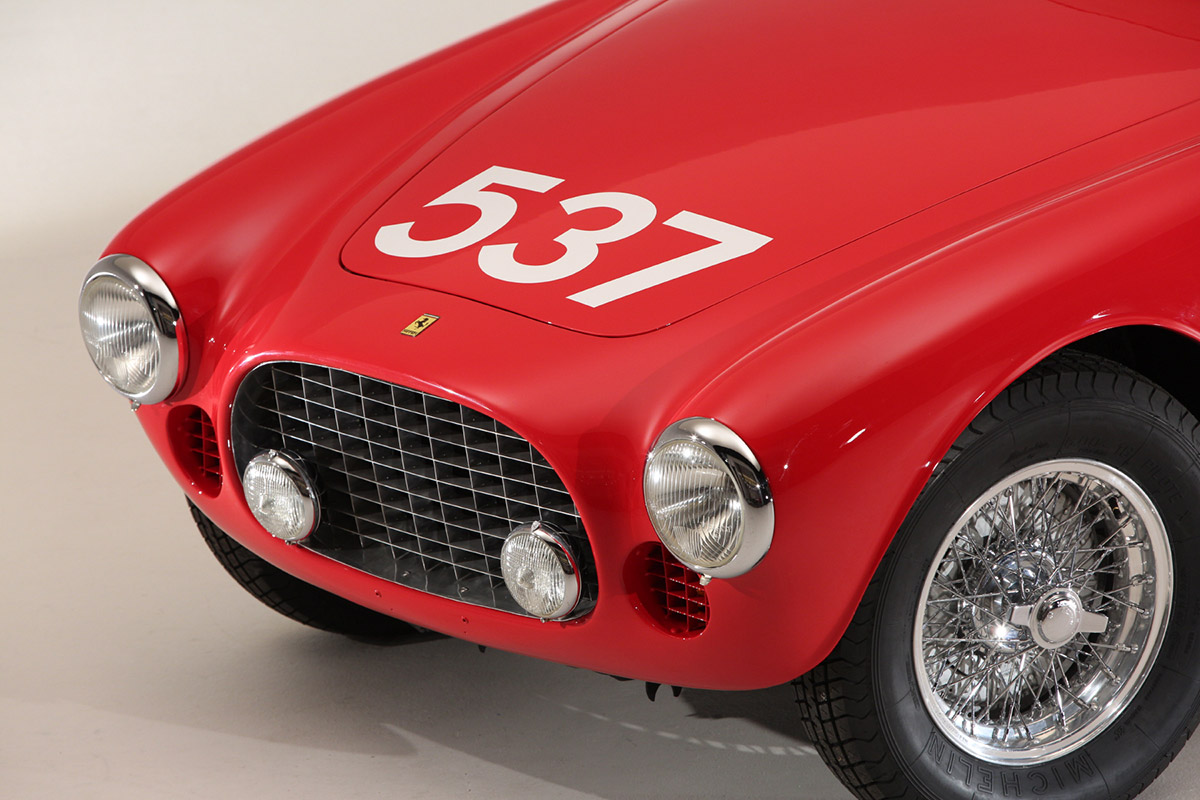 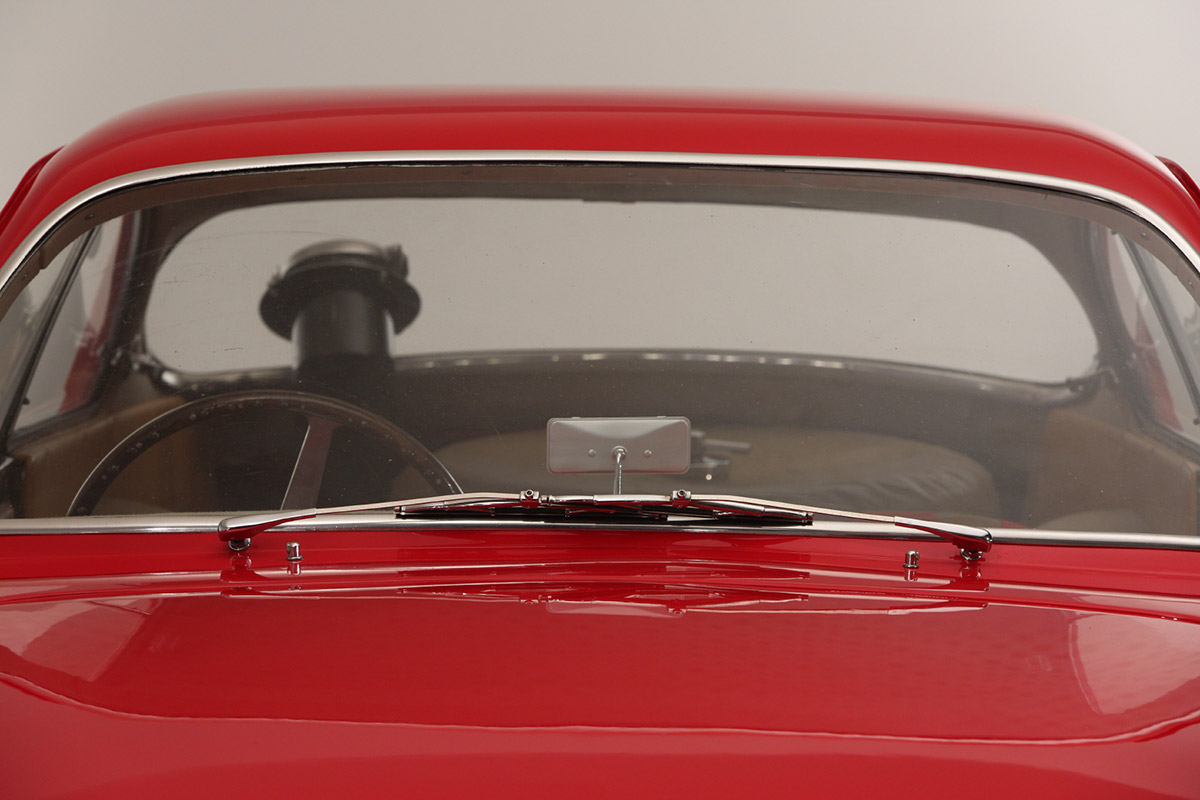 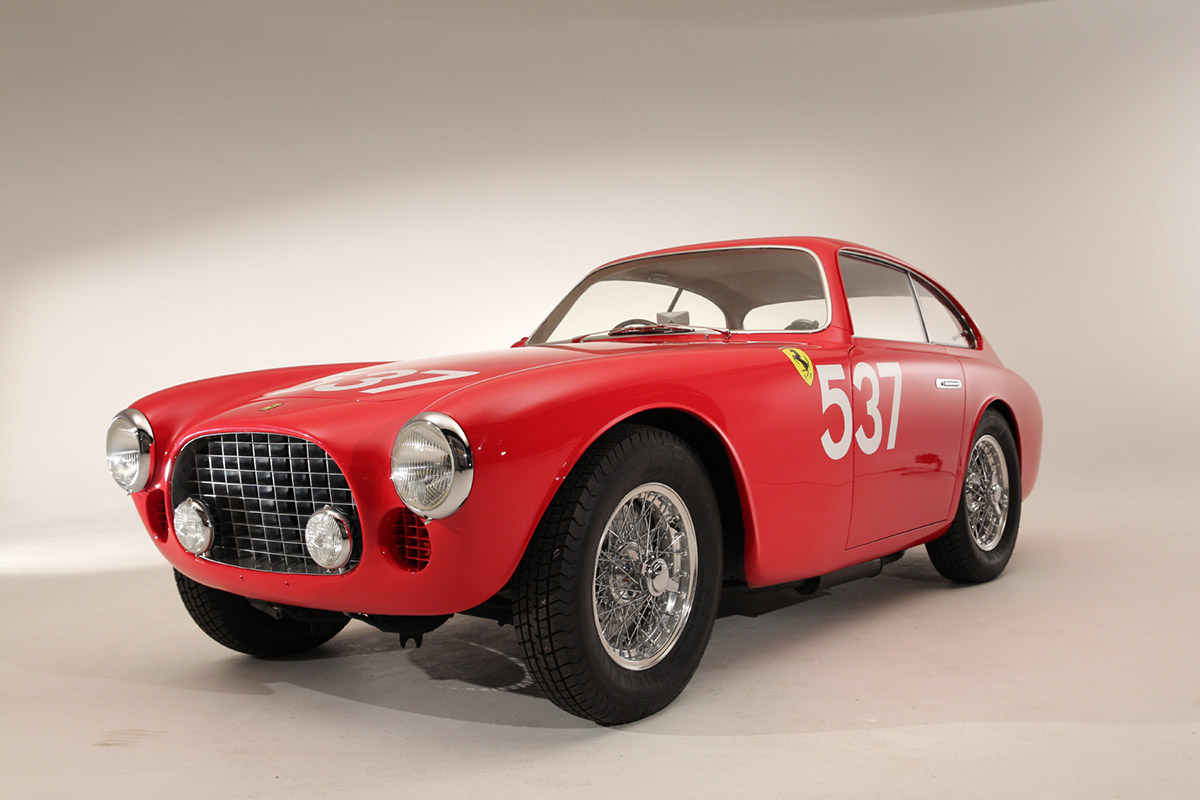 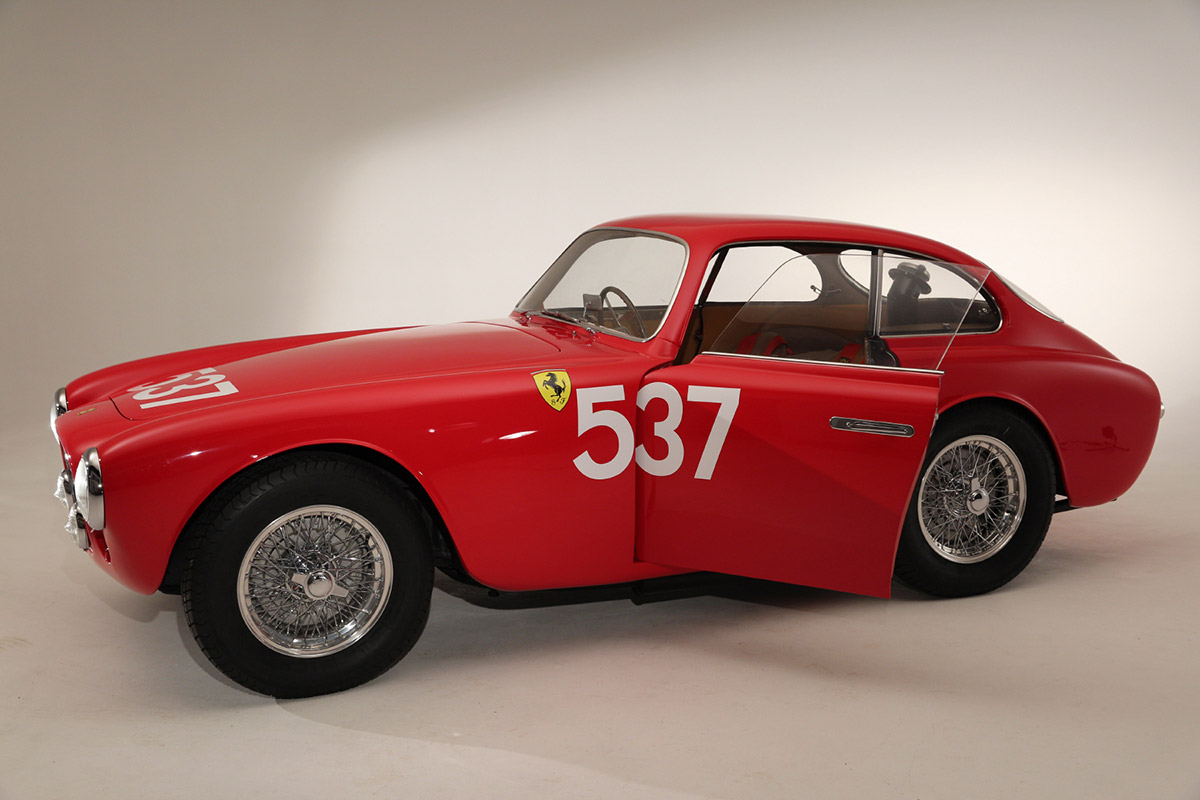 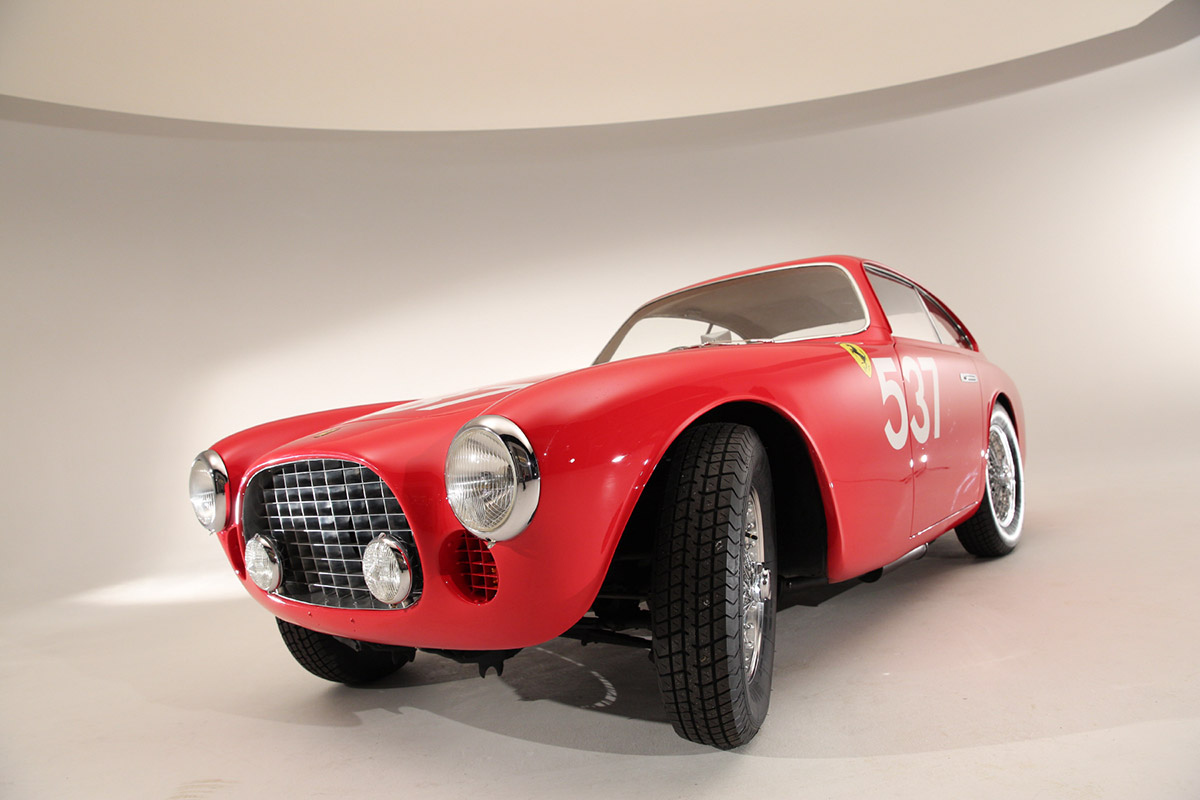 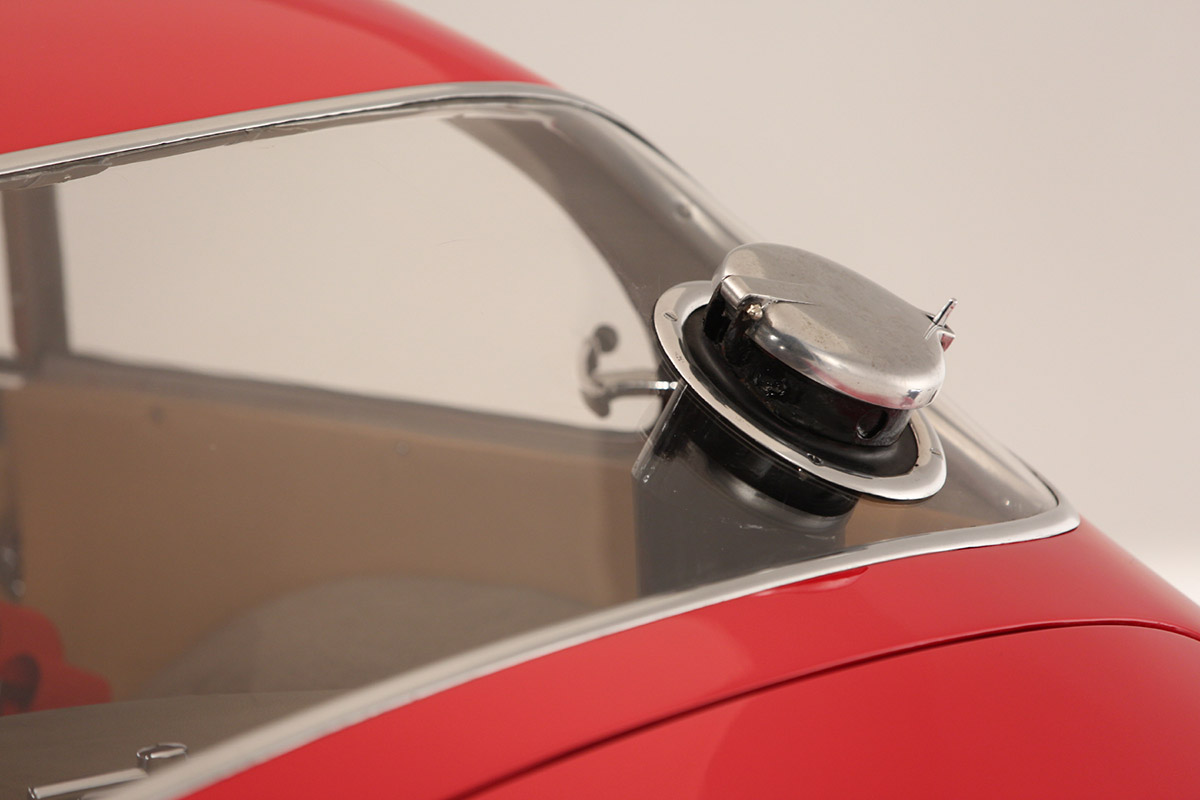 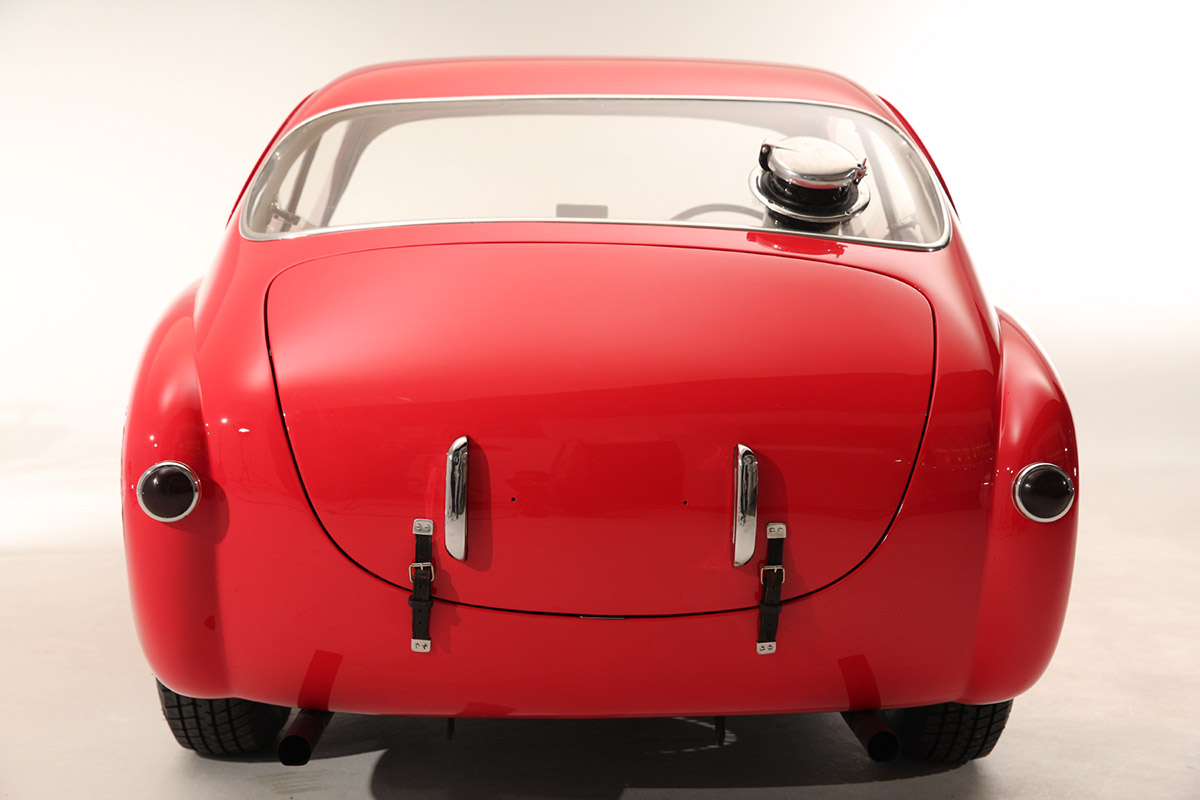 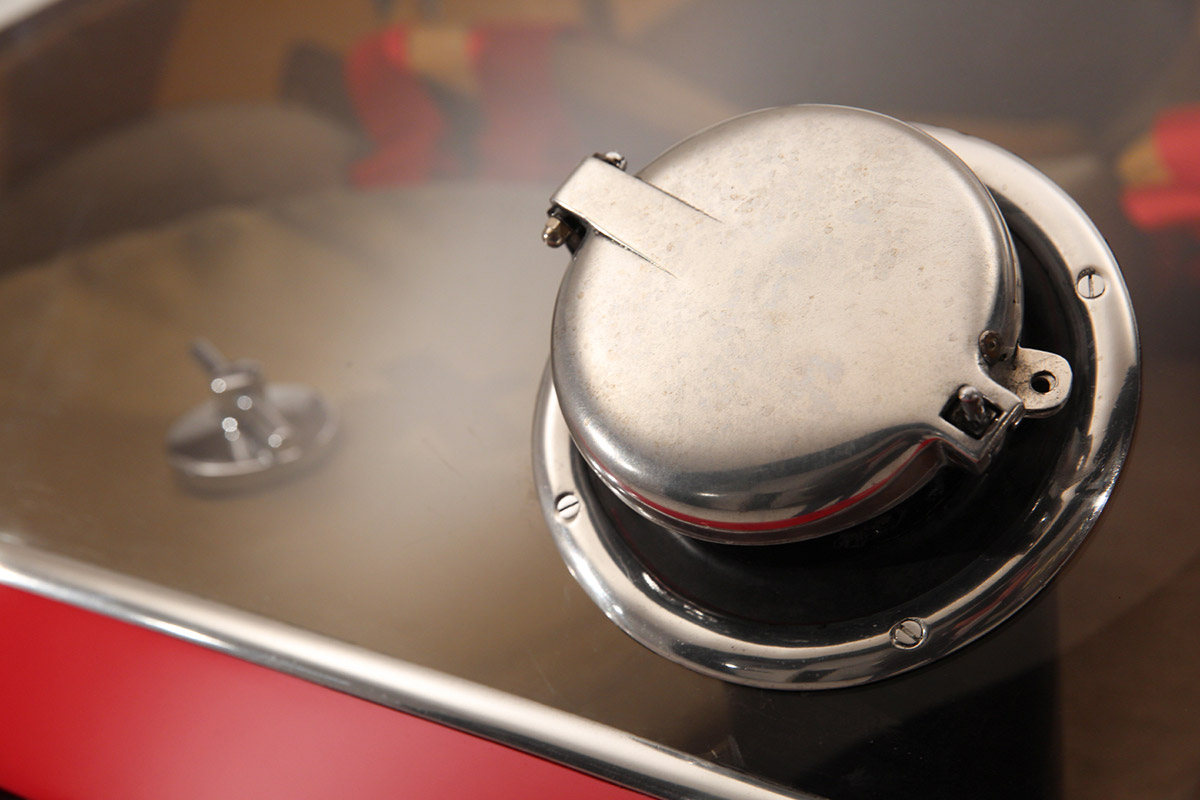 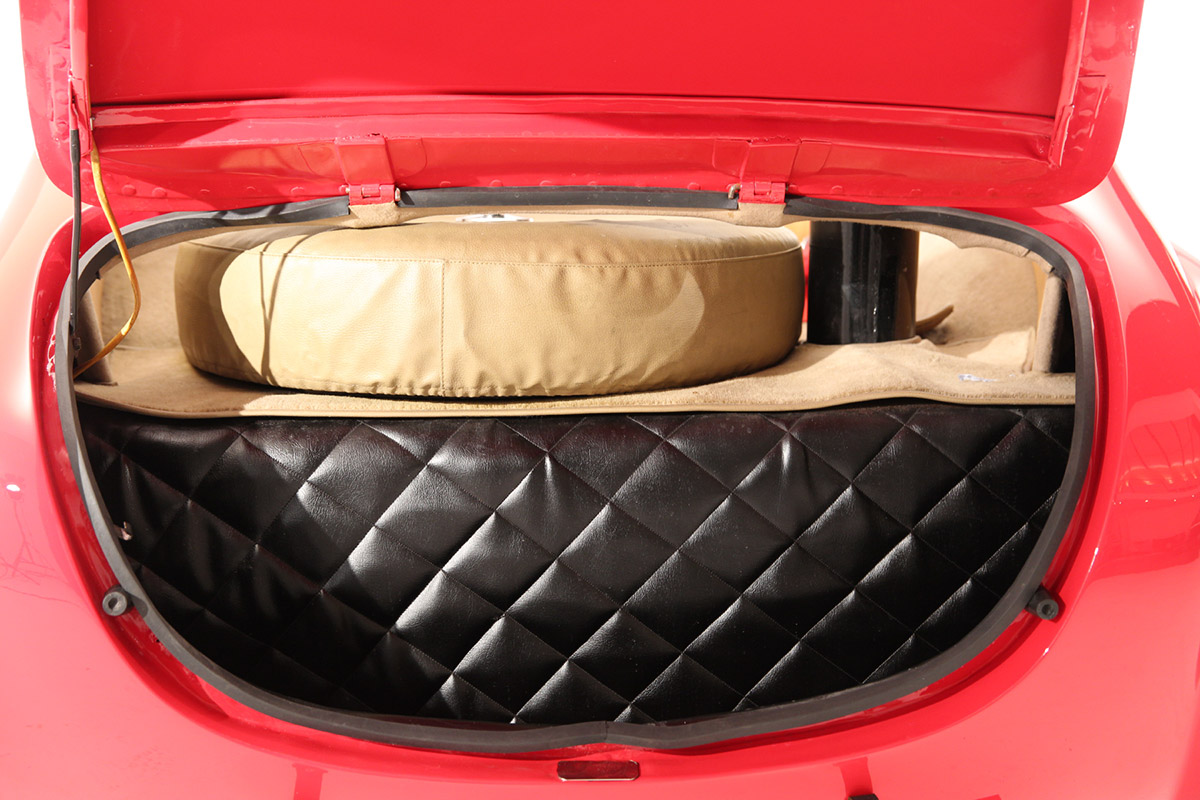 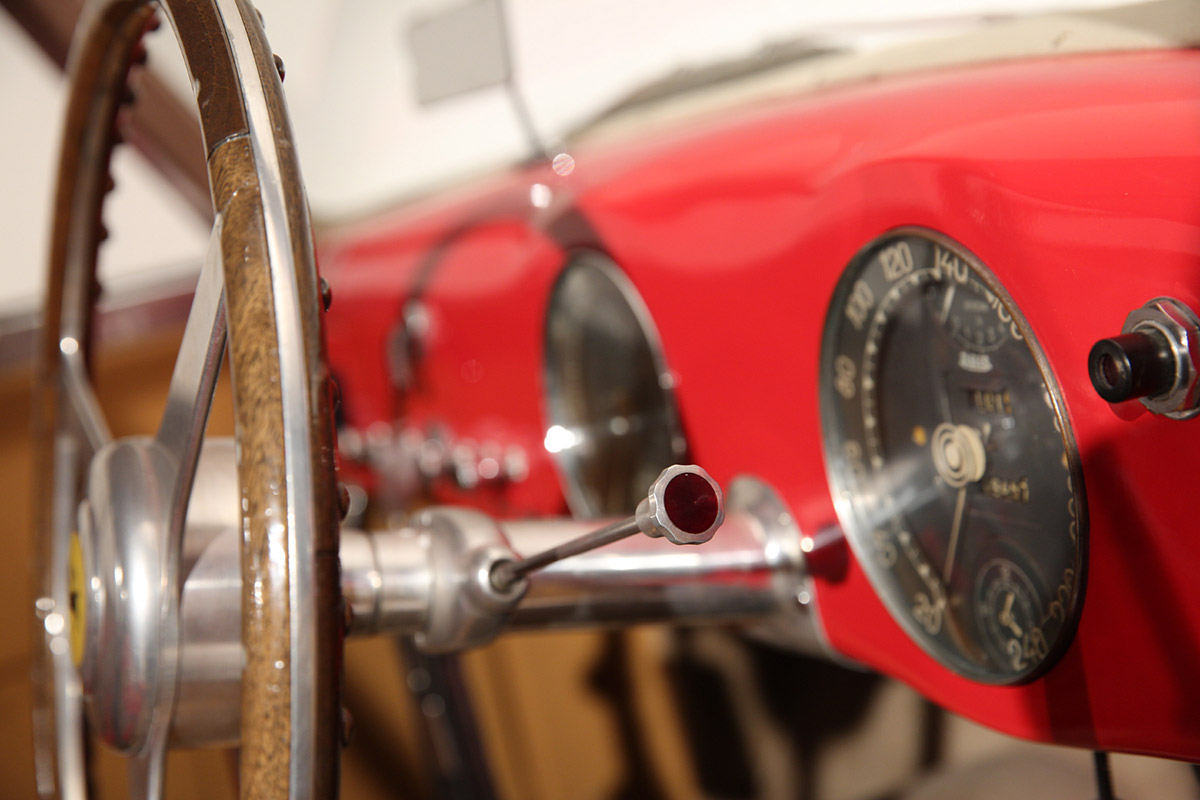 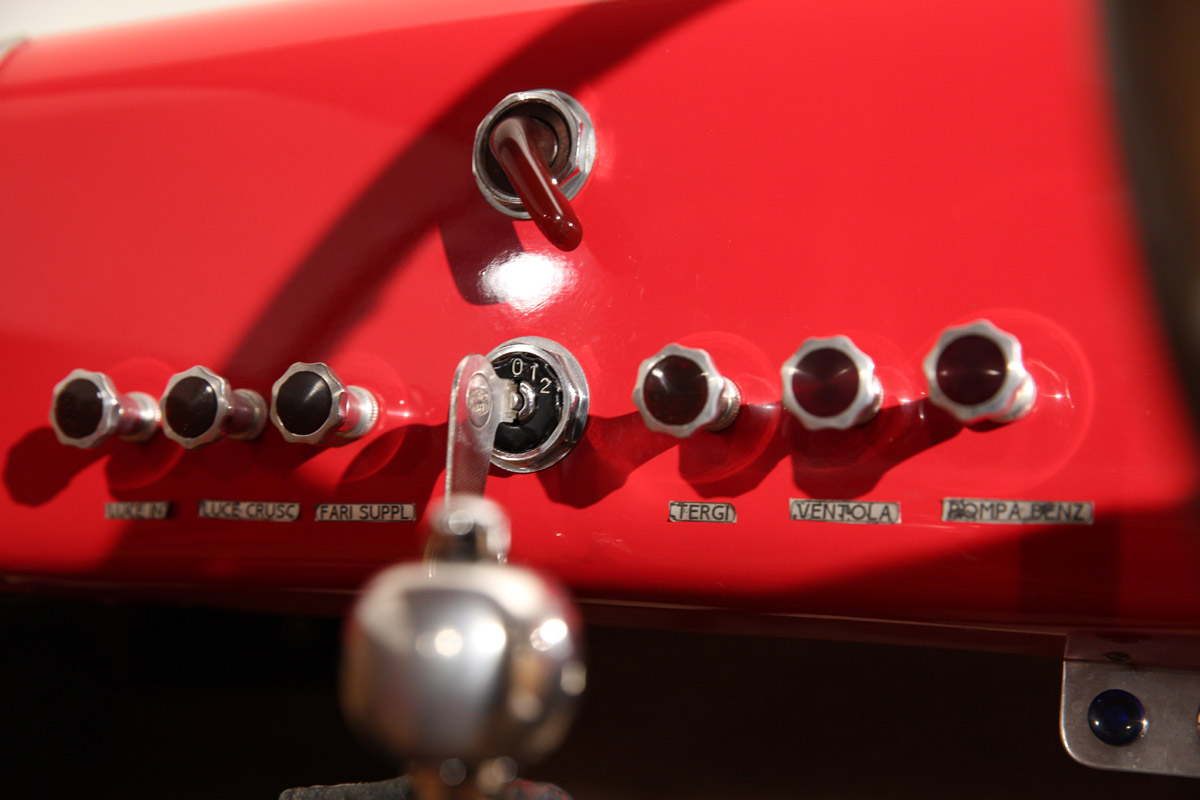 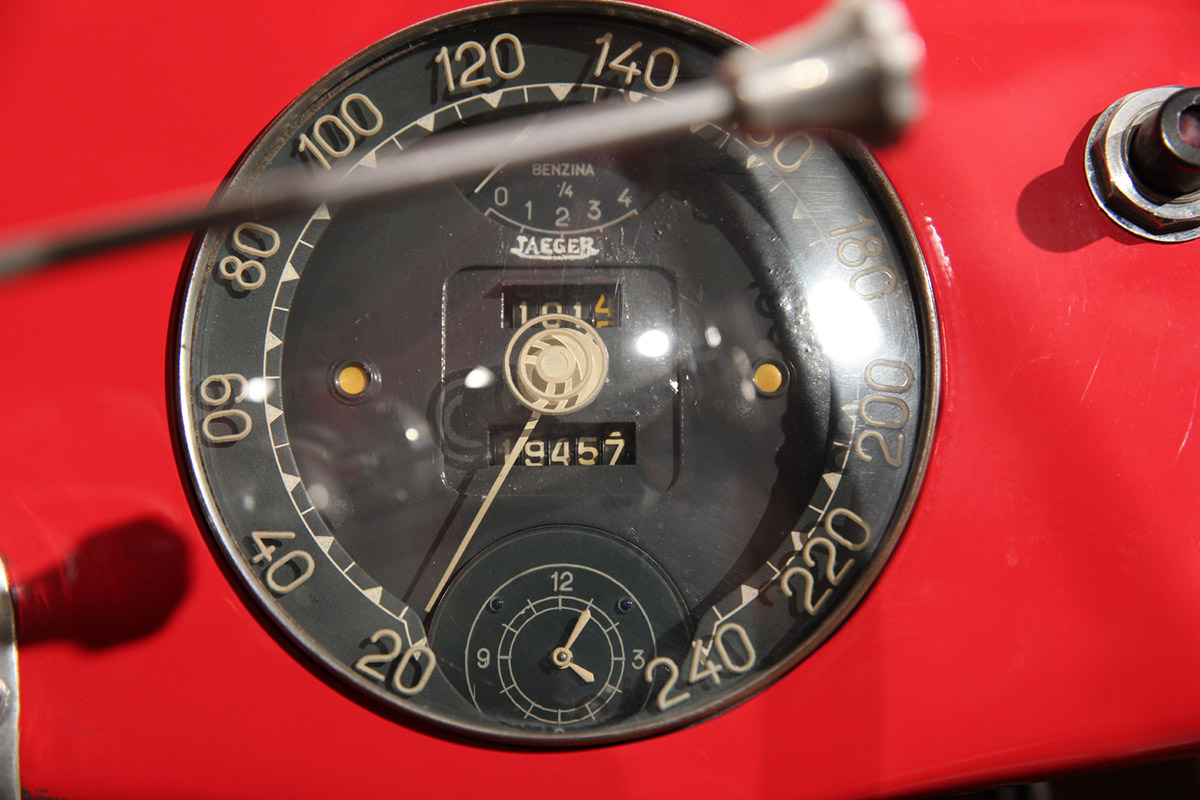 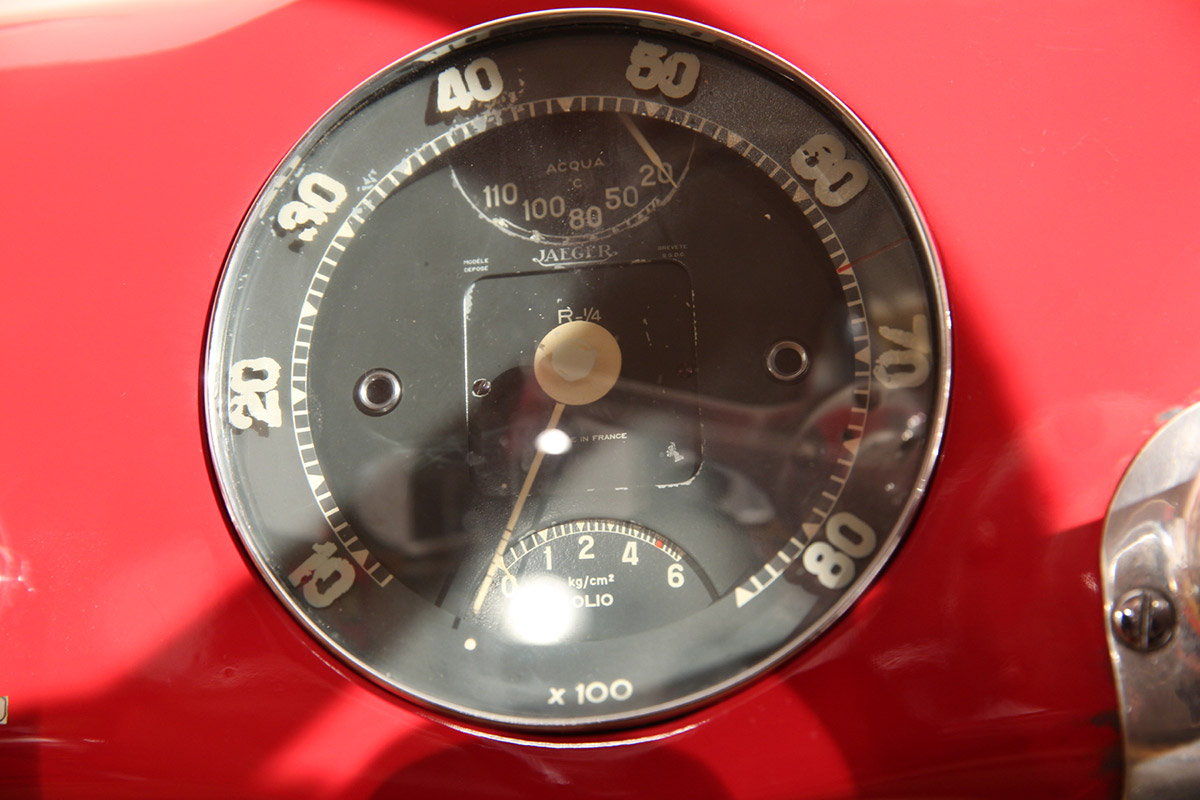 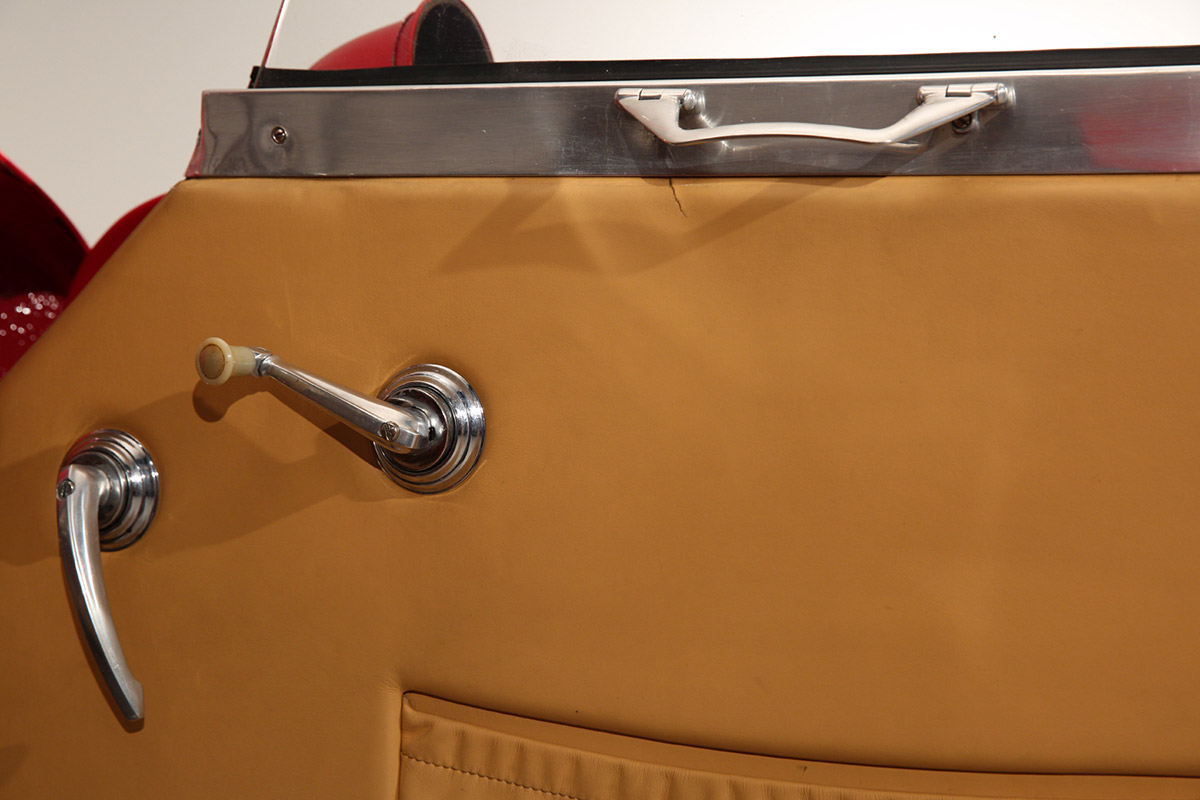 Located in the USA

This 1952 Ferrari 225S Vignale Berlinetta is truly a milestone in Ferrari history. It left the factory in Maranello as the first 225S built and one of only five 225S Vignale Berlinetta produced. It was entered in the 1952 Mille Miglia as a Scuderia Ferrari factory team car finishing 1st in class and 9th over all. It was the second best Ferrari in the field with Bracco winning the race as 1st over all in the 250S Prototype.

Later in the year our car competed in the Monaco Grand Prix coming in 5th over all despite a fender bender. It was also entered in the 24 hours of Le mans but unfortunately retired with electric problems. Later in 1952 the car was returned to the factory and the Vignale typical port holes were added to the front fenders. The car was entered in the 1952 Tour de France finishing with an impressive 2nd over all.

This 225S was campaigned successfully throughout 1953 and 1954 competing in various events usually finishing on the podium, at some occasions winning the top spot.

In 2017 the car returned 65 years after it was built to the Ferrari factory in Maranello where it received the Classiche certification. The portholes which were installed in the front fenders during the 1952 race season needed to be removed and welded shut in order to receive the Classiche certification red book. Freshly certified this car was picked at the factory to participate in the 70th anniversary celebrations where it placed 2nd in class at the Concorso d’Eleganza at the Fiorano race track.

A guaranteed entry at the most prestigious historic motorsports events including the Mille Miglia, Monaco Historic Grand Prix, Le Mans Classic as well as numerous other track and touring events.

This car has current historic German registration which allows duty and tax free import into any member state of the EU.