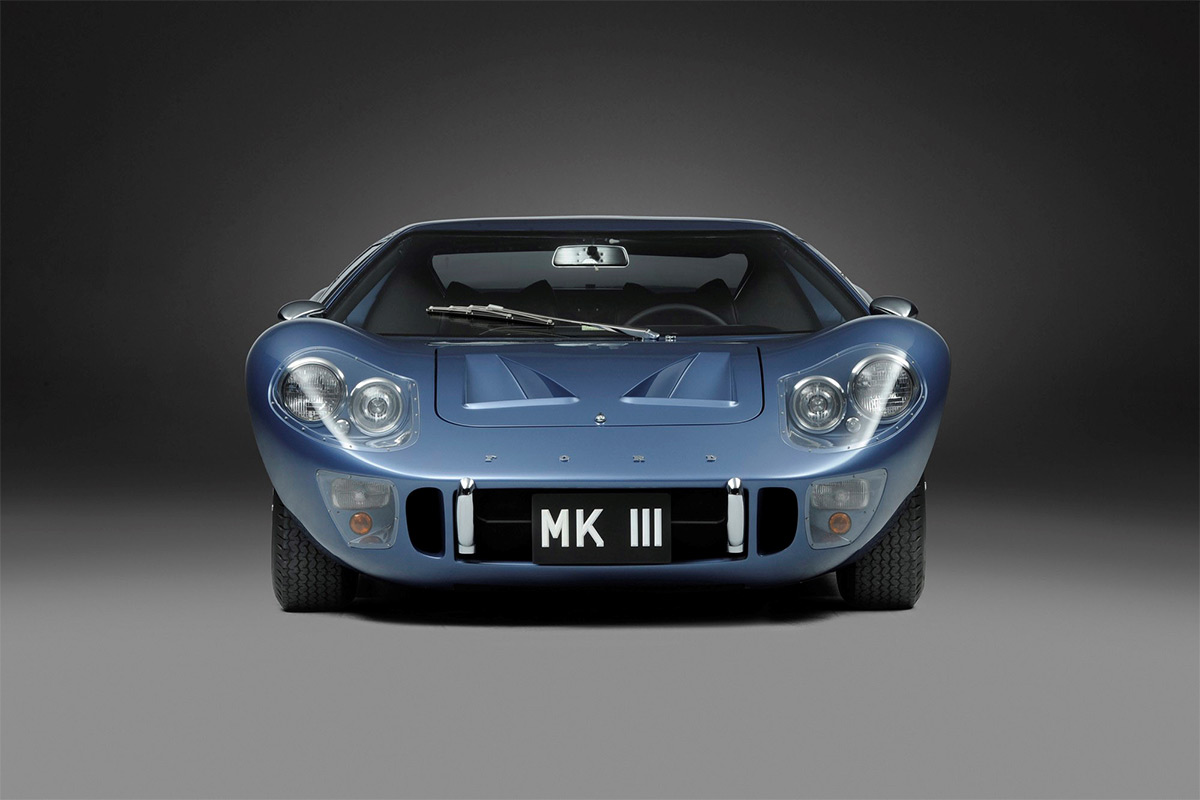 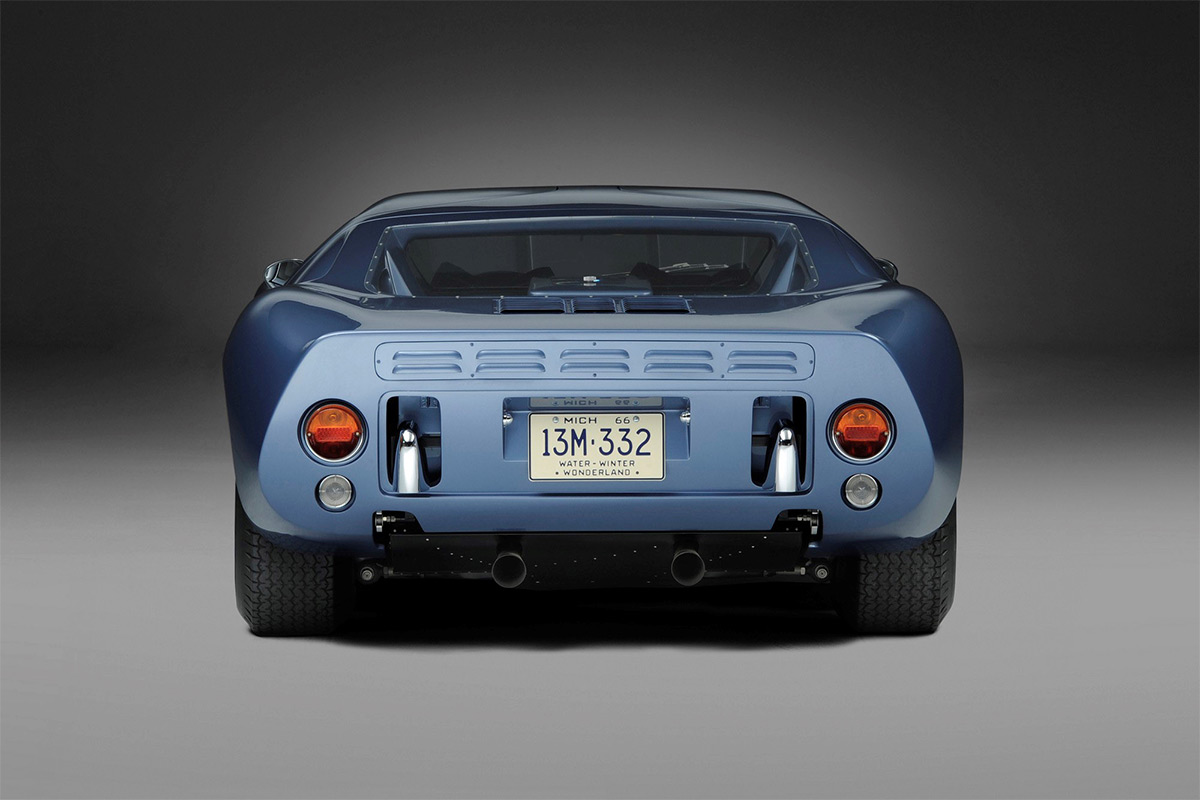 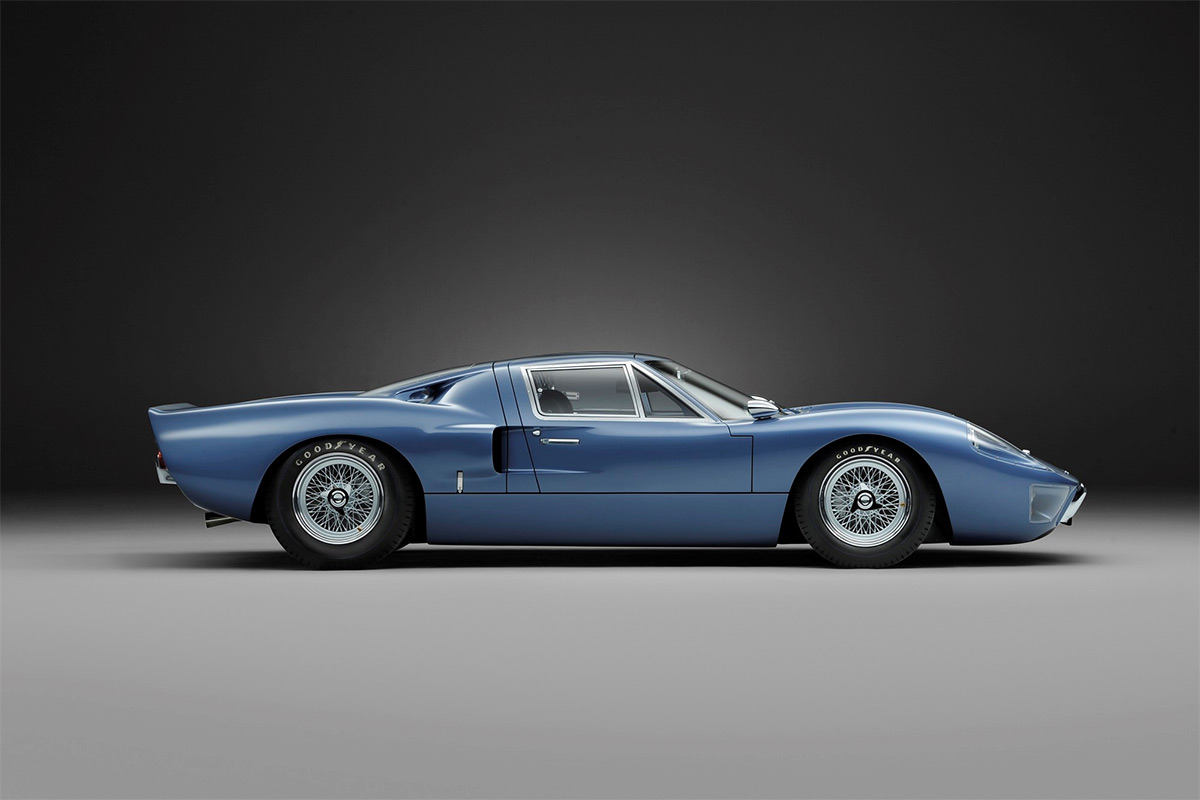 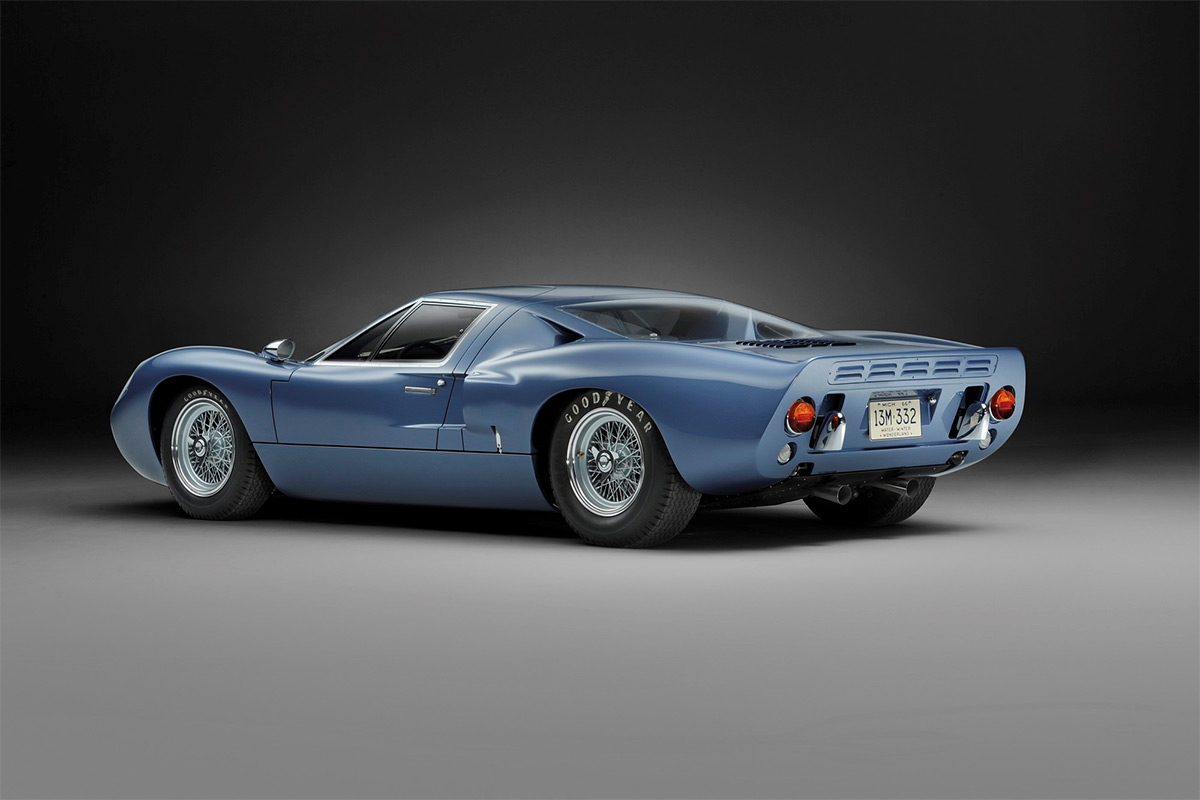 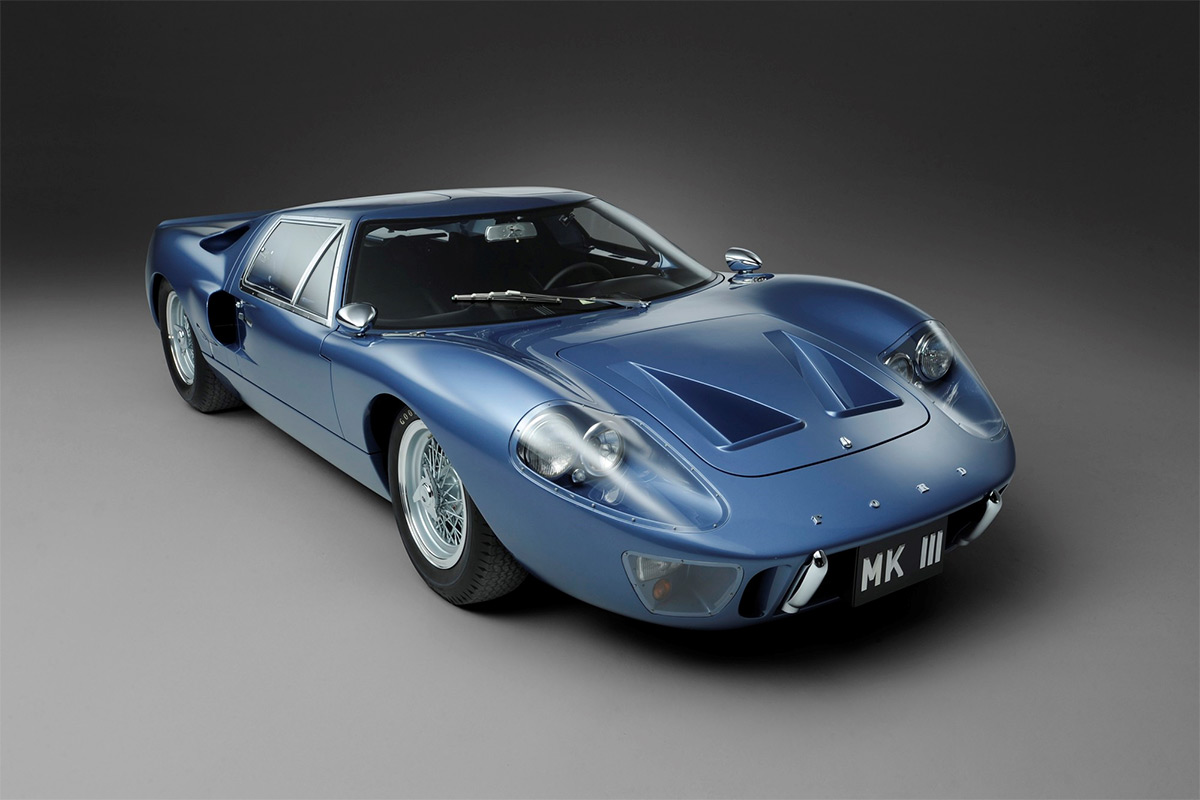 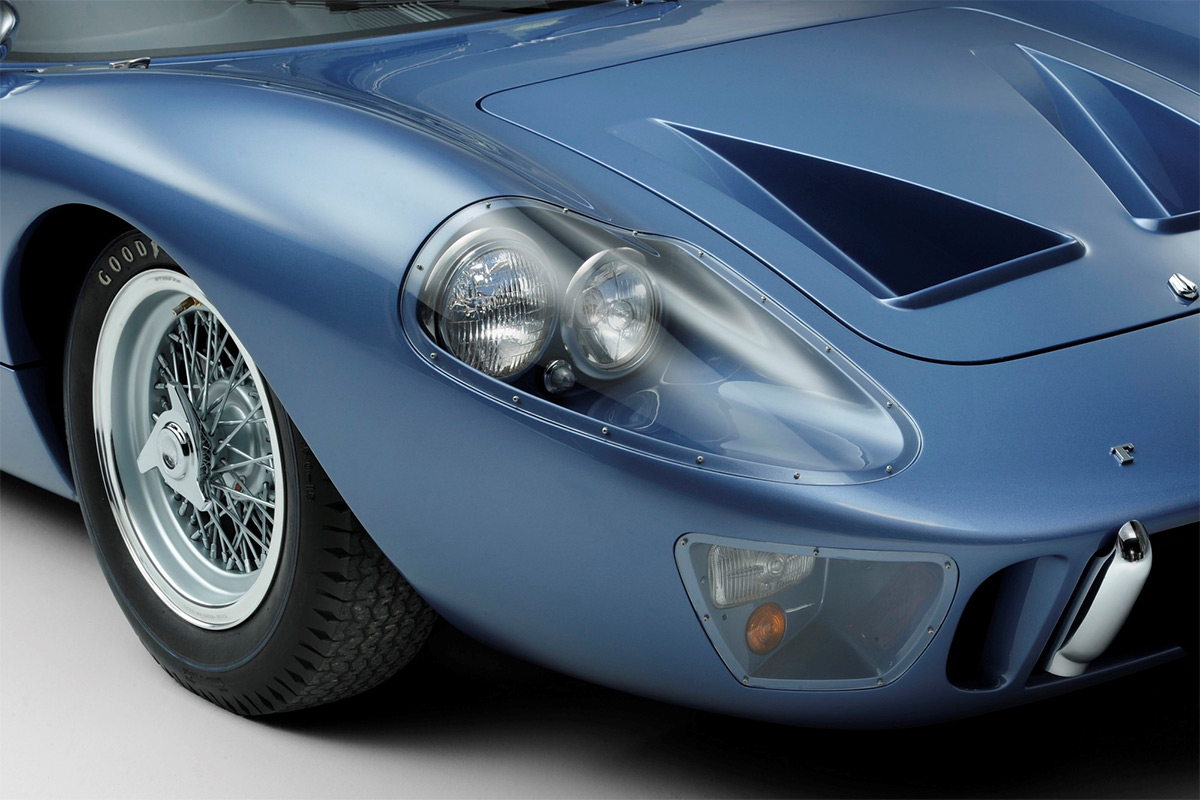 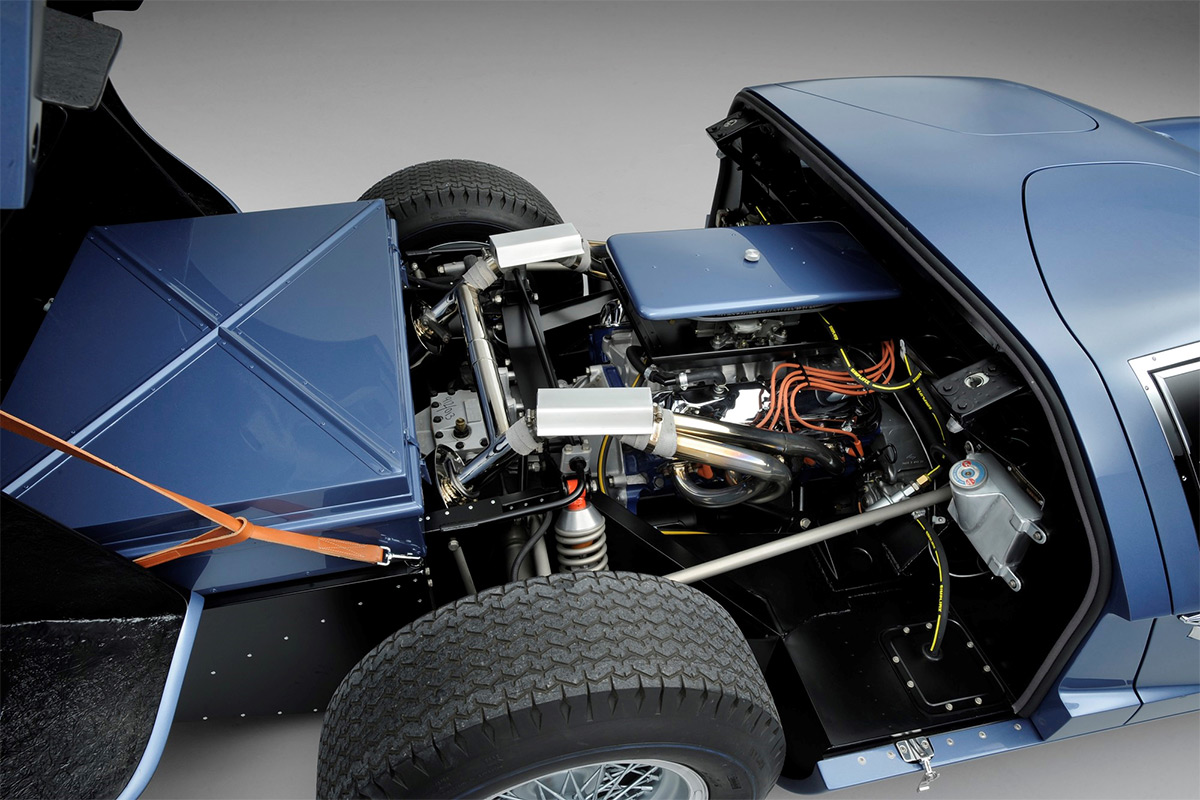 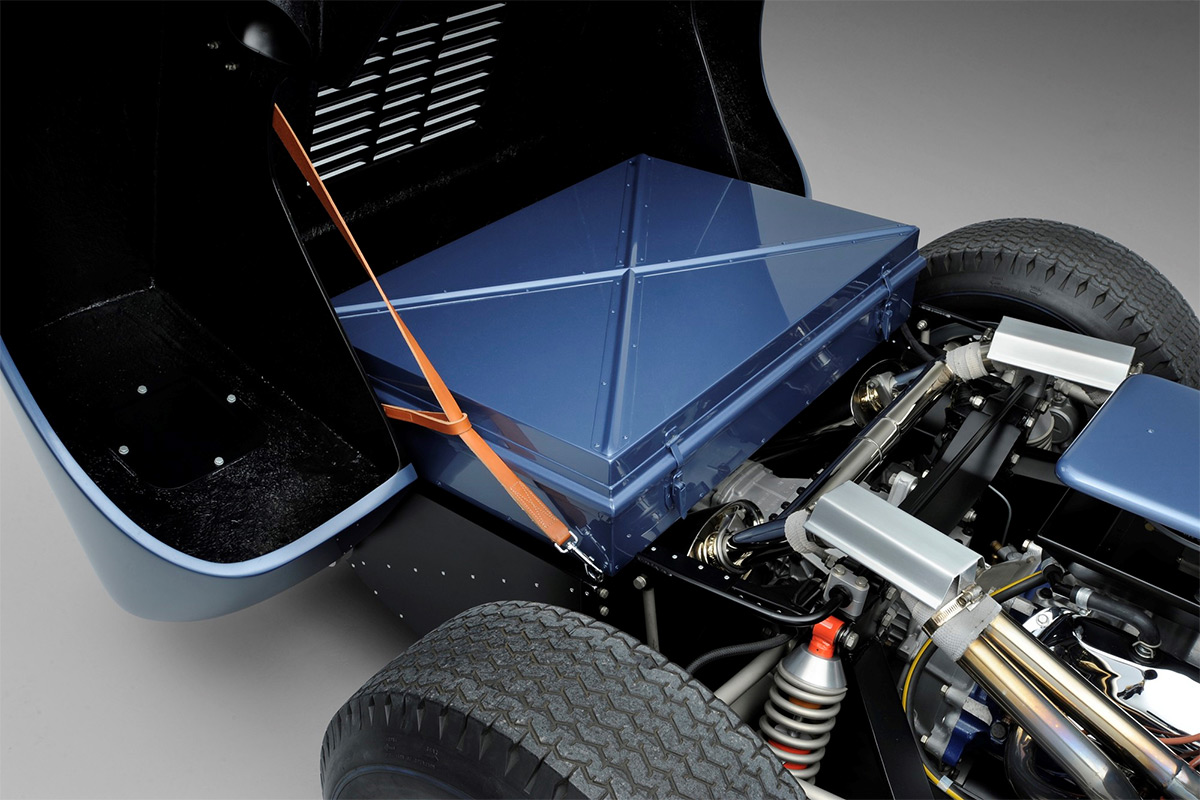 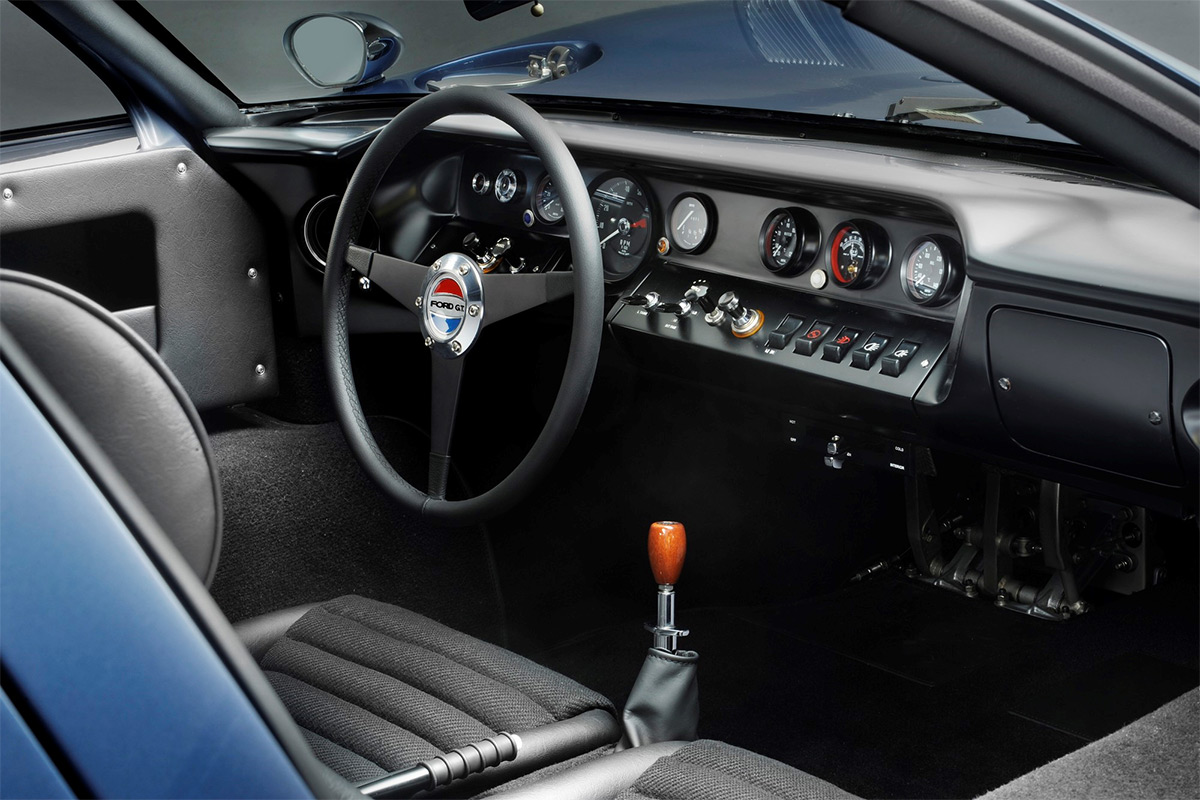 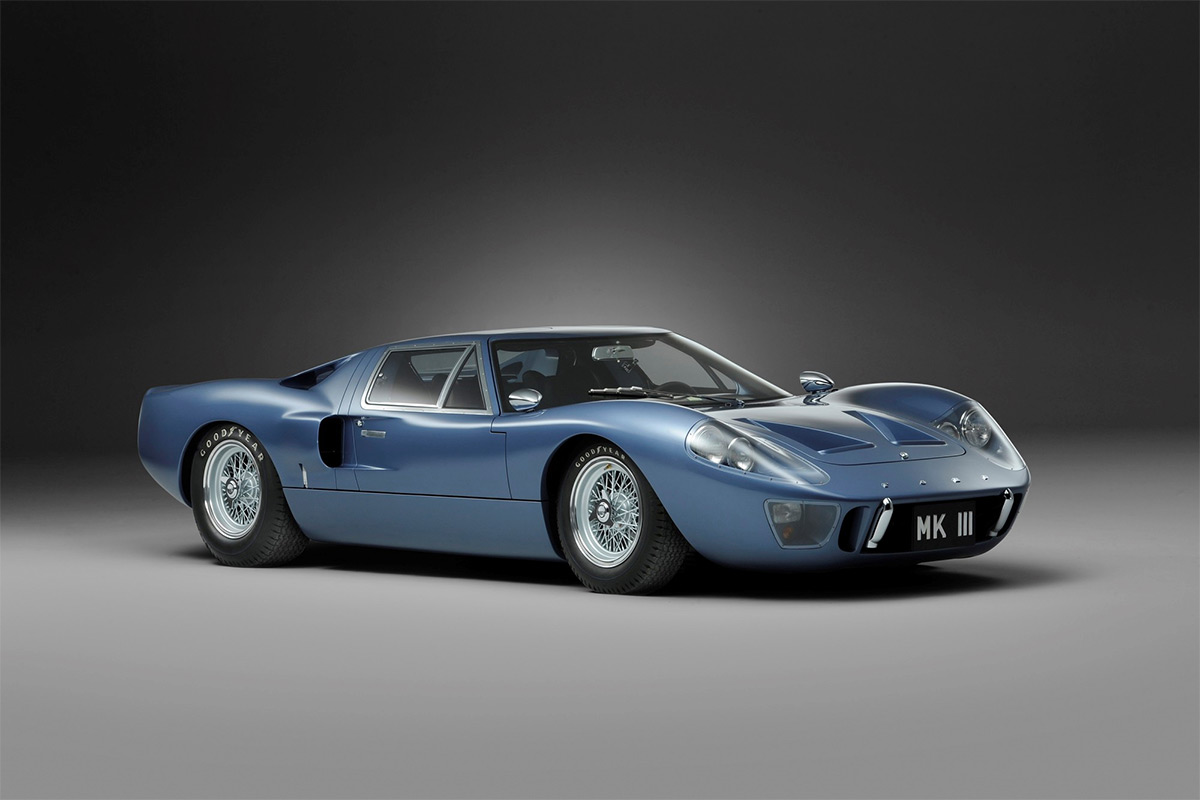 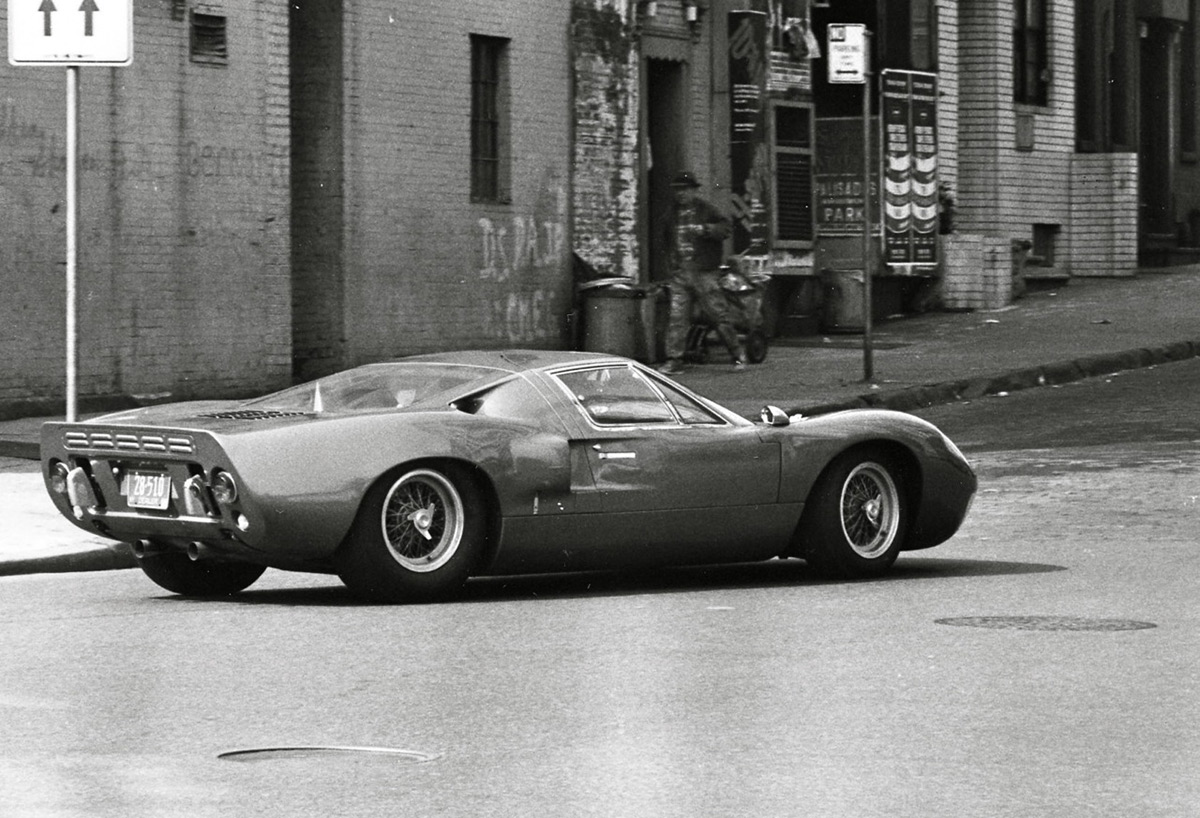 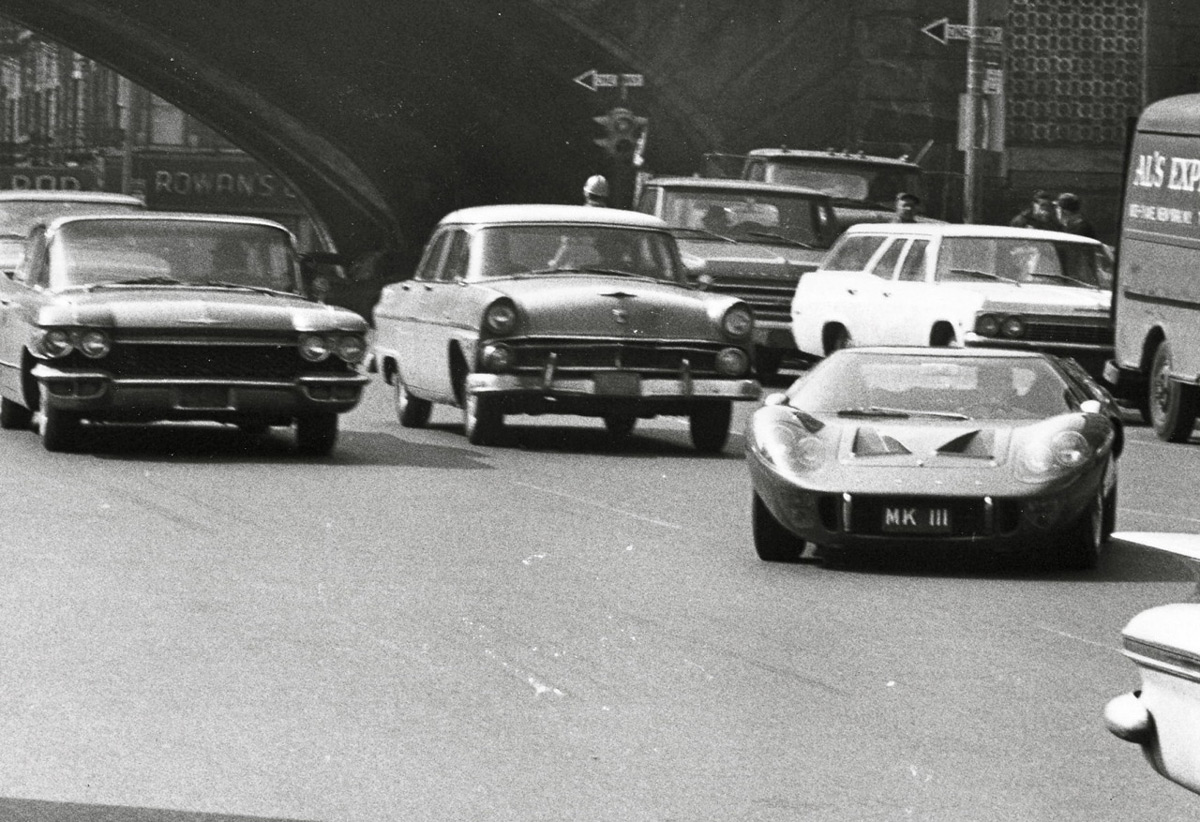 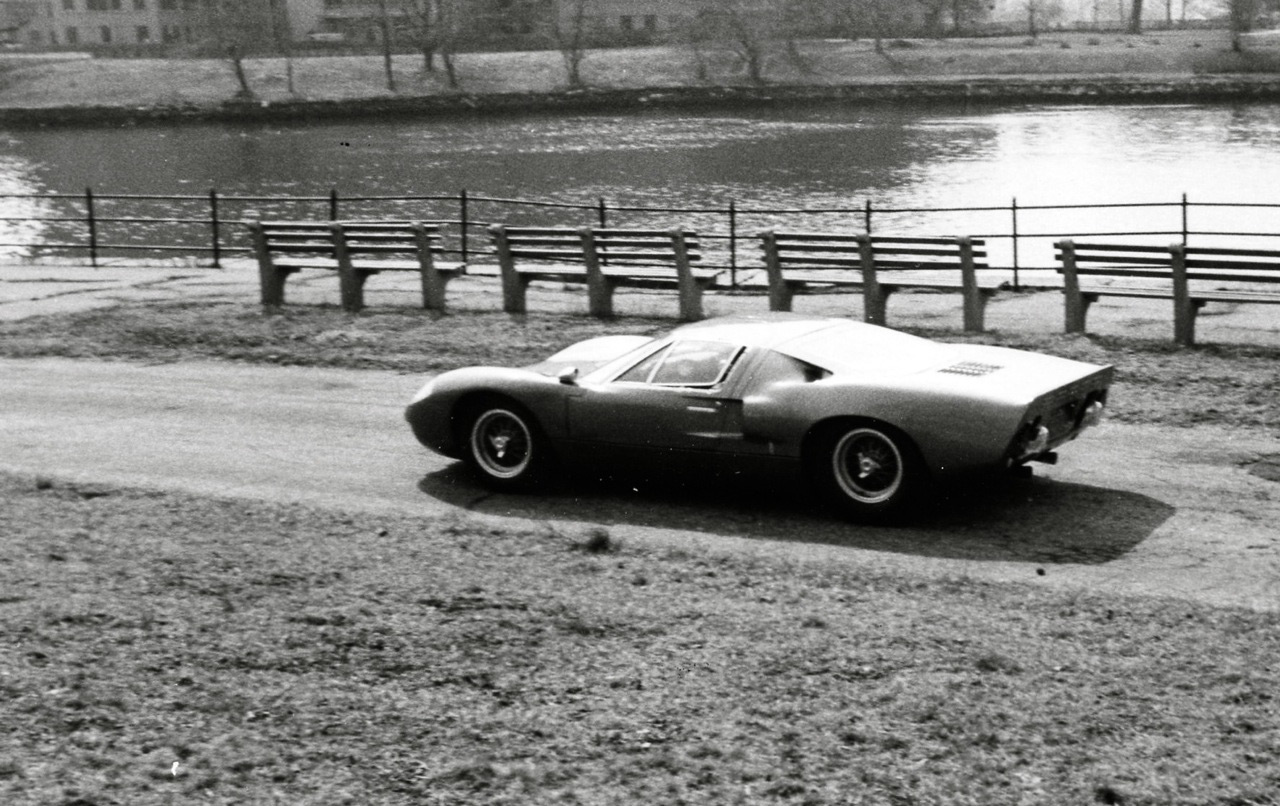 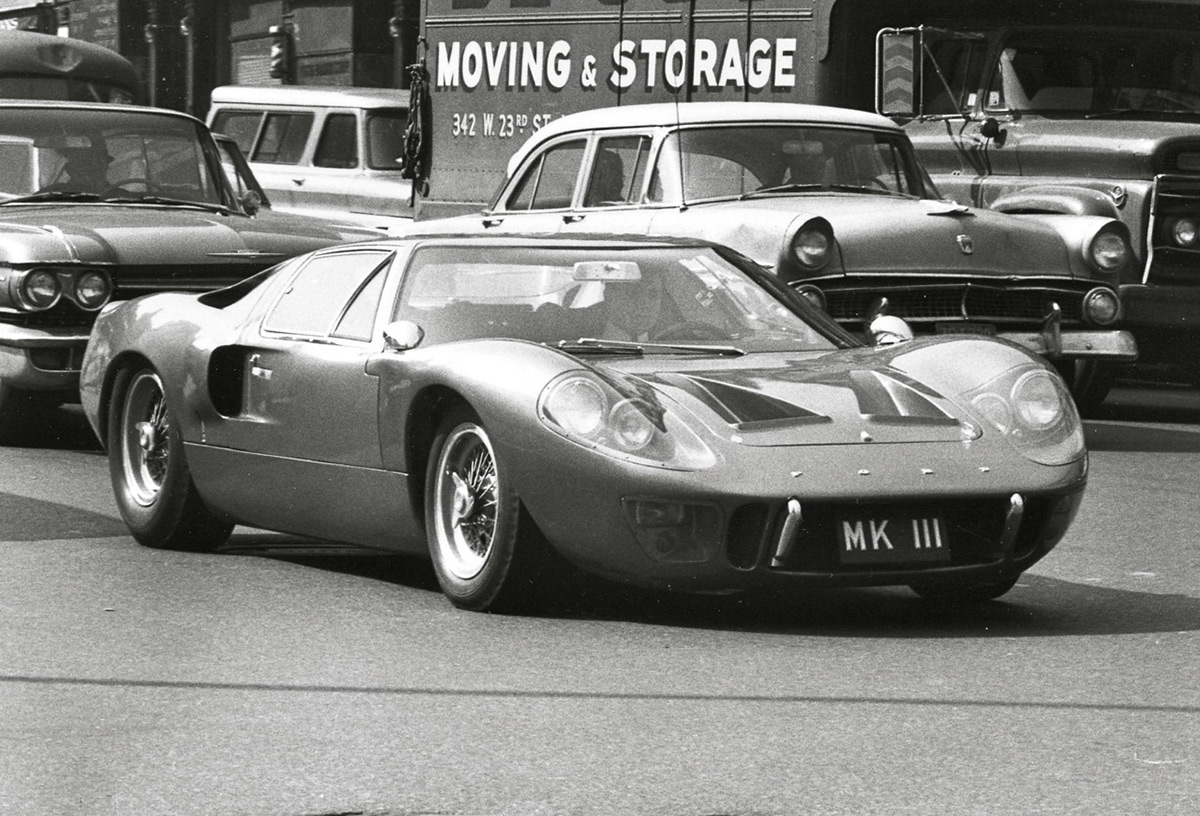 Ford challenged Ferrari for the Le Mans supremacy after Enzo Ferrari decided not to sell his company to Ford Motor Car Company upsetting Henry Ford II. And how they finally succeeded in 1966 taking the first three podium spots with their GT40 MkII powered by a large 7.0 Liter V8.
Ford decided to built a road going street legal version of their Le Mans winning car and the GT40 Mk III was born with a production of only seven cars.
This car, XP 130-1 is the prototype of the Mk II and therefore the first one built. It was introduced to the public at the 1967 New York Motor Show and featured in a road test by the American car magazine Car and Driver.

Powered by a 302CID V8 with Holley 4 choke carburetor and a ZF 5-speed gearbox. With a weight of only 1,061 kg it was very well equipped with an engine of 306 bhp.
The M III has higher front fenders as the M I and M II with quad headlights and the coachwork is extended in the rear to house a luggage compartment allowing weekend trips in this car which may very well be called the first Super Car.

The price tag of USD 18,500 was hefty and in comparison $4,100 more as the Ferrari 275 GTB/4 NART Spyder. The famous conductor Herbert von Karajan as well as Henry Ford II were amongst the view ultra rich able to afford this road going race car.

This example was sold new in New York and later on display for a very long time at the Saratoga Auto Museum in upstate New York before being sold to the UK in 2005 with the owner converting it to race car specifications of the GT40 M II. It eventually became part of a prominent collection and the owner decided to bring it back to it’s original body configuration. GT40 Specialist and Historian Ronnie Spain helped to reunite the original body with the car. After a nut and bolt two year restoration at one of UK’s best restoration shops the car was finished and back in it’s original configuration. The car was shown in the GT40 class at the Pebble Beach Concours d’Elegance in 2016. Out of the 16 G$ shown it placed third behind the e Mans winning Gulf GT40 and the only GT40 Spyder produced. In 2017 it won a 2nd in class at the exclusive Salon Privé Concours d’Elegance at Blenheim Palace.