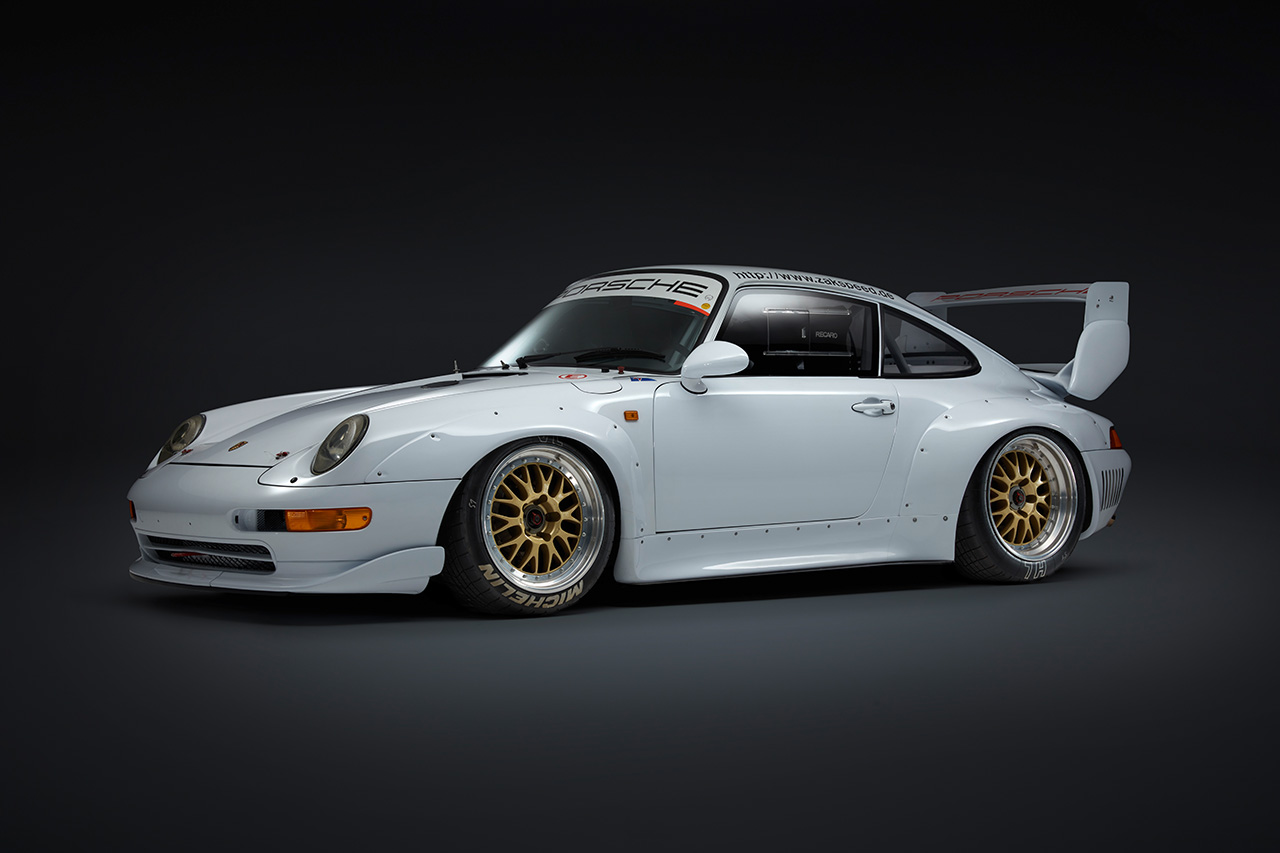 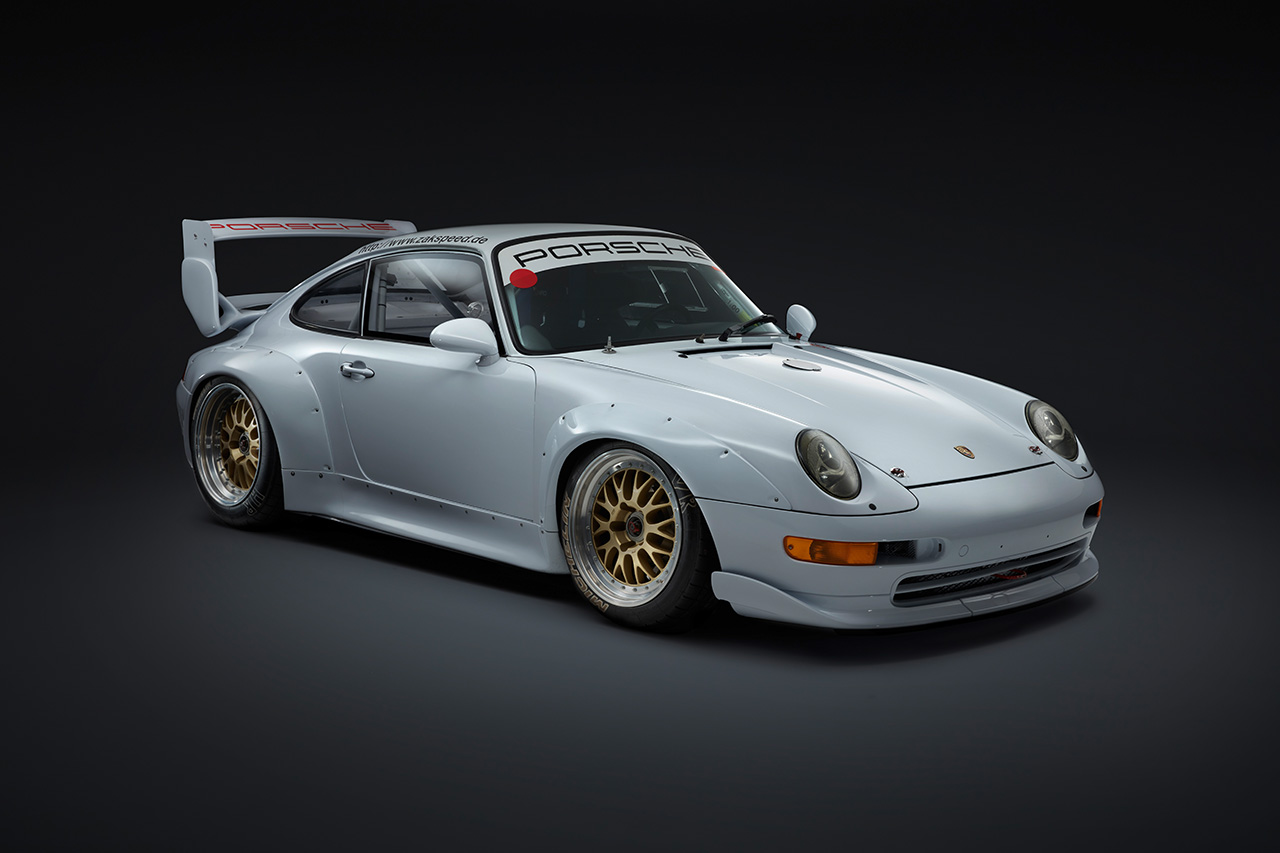 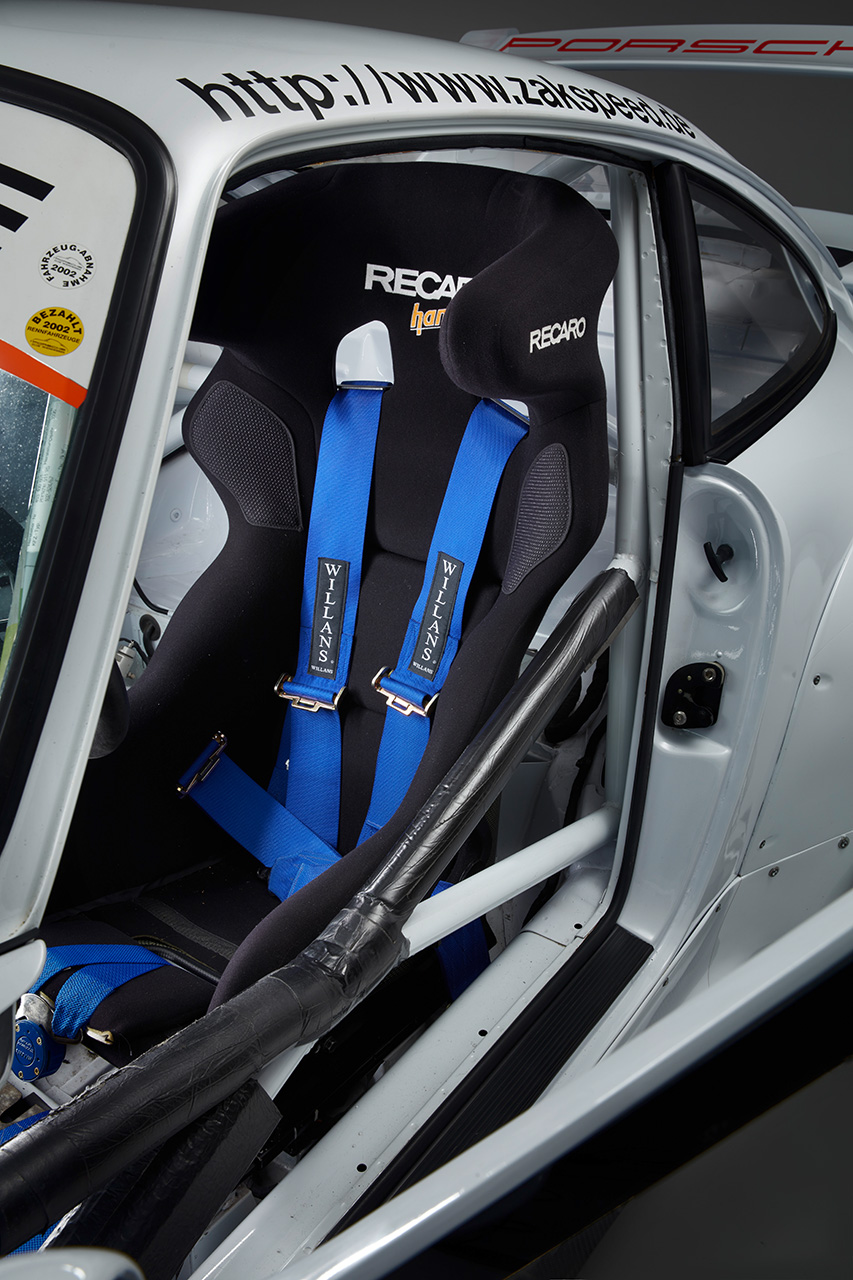 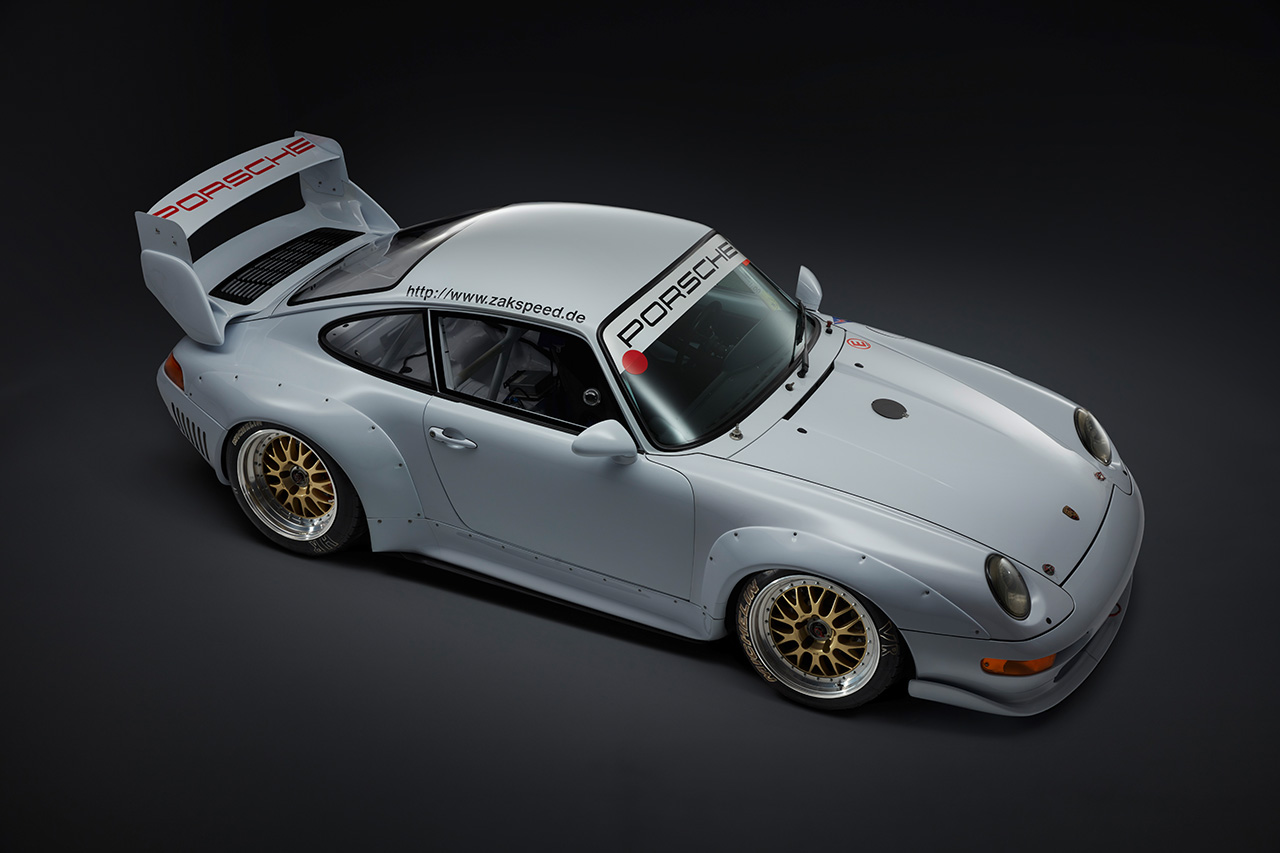 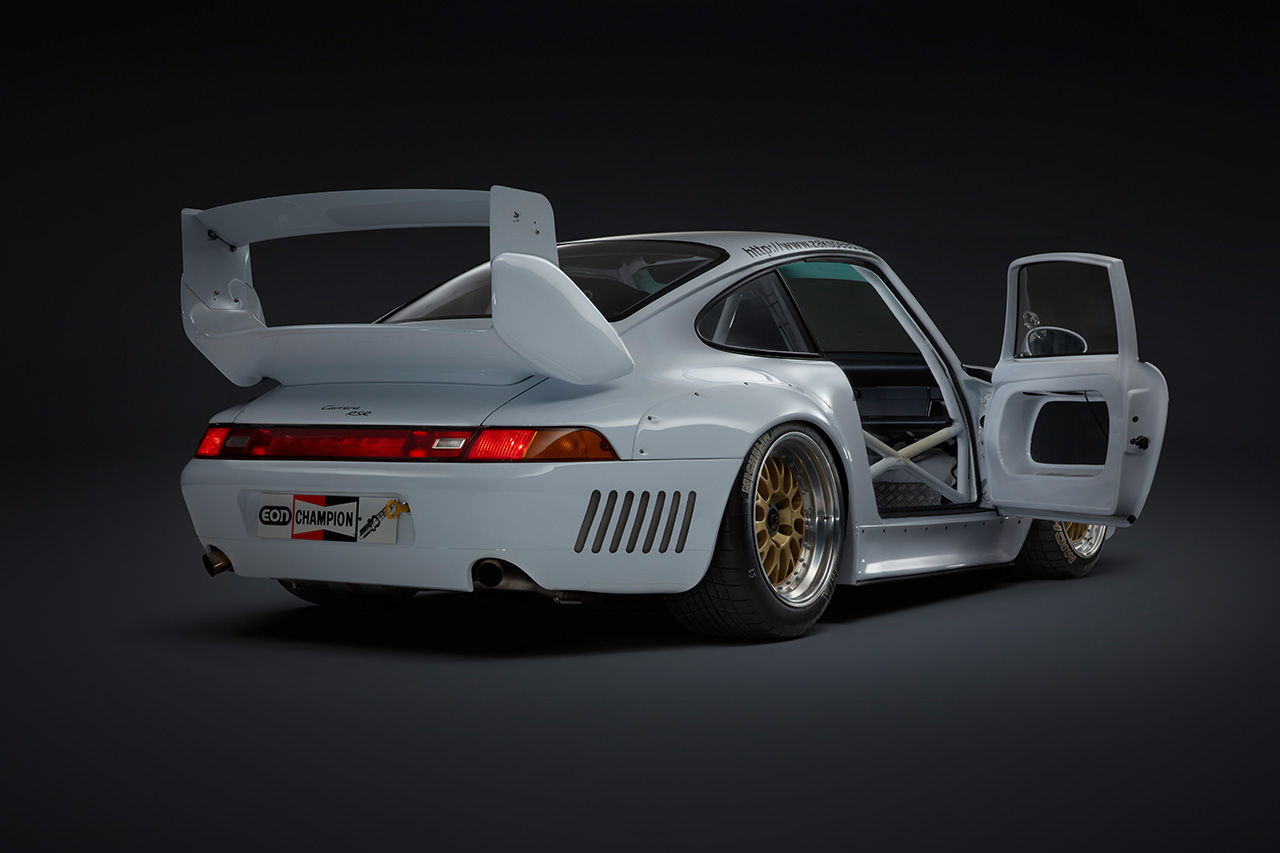 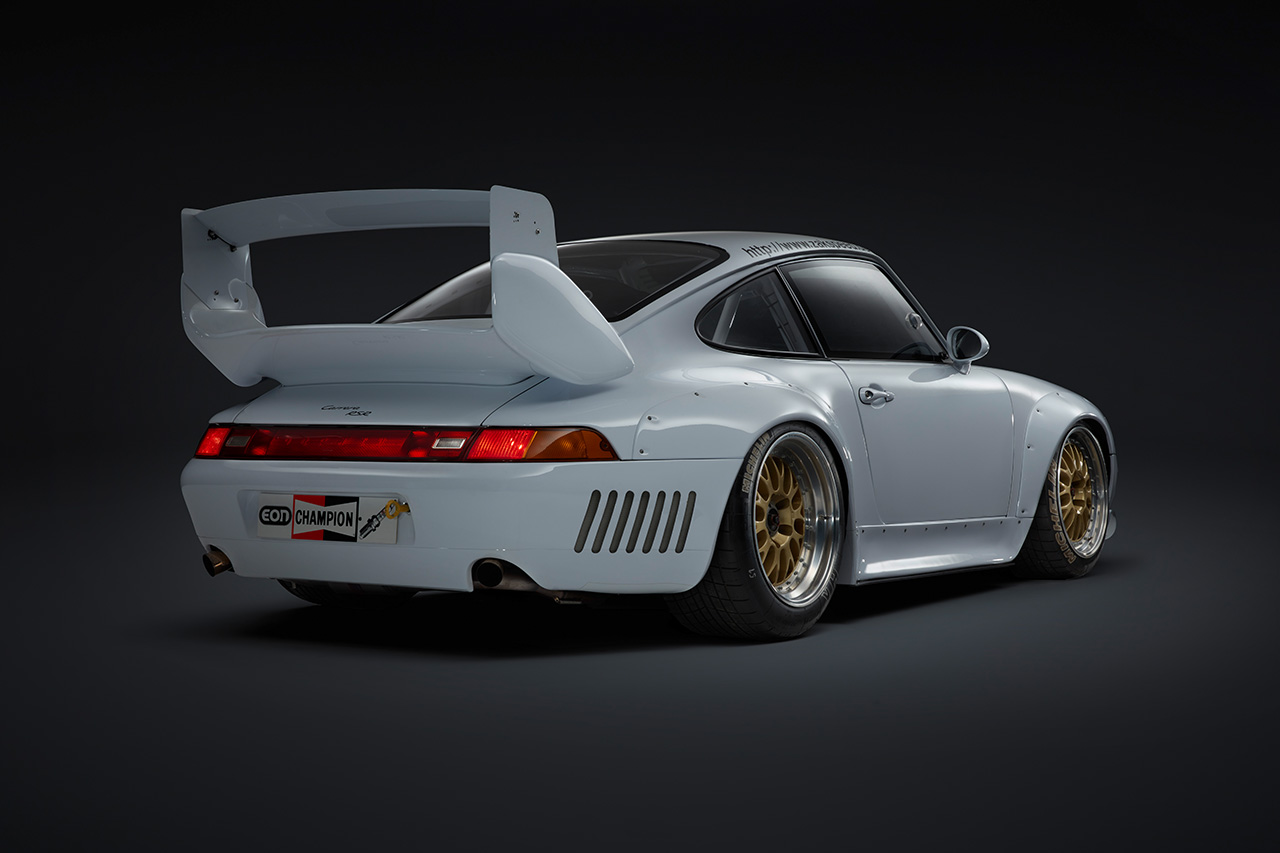 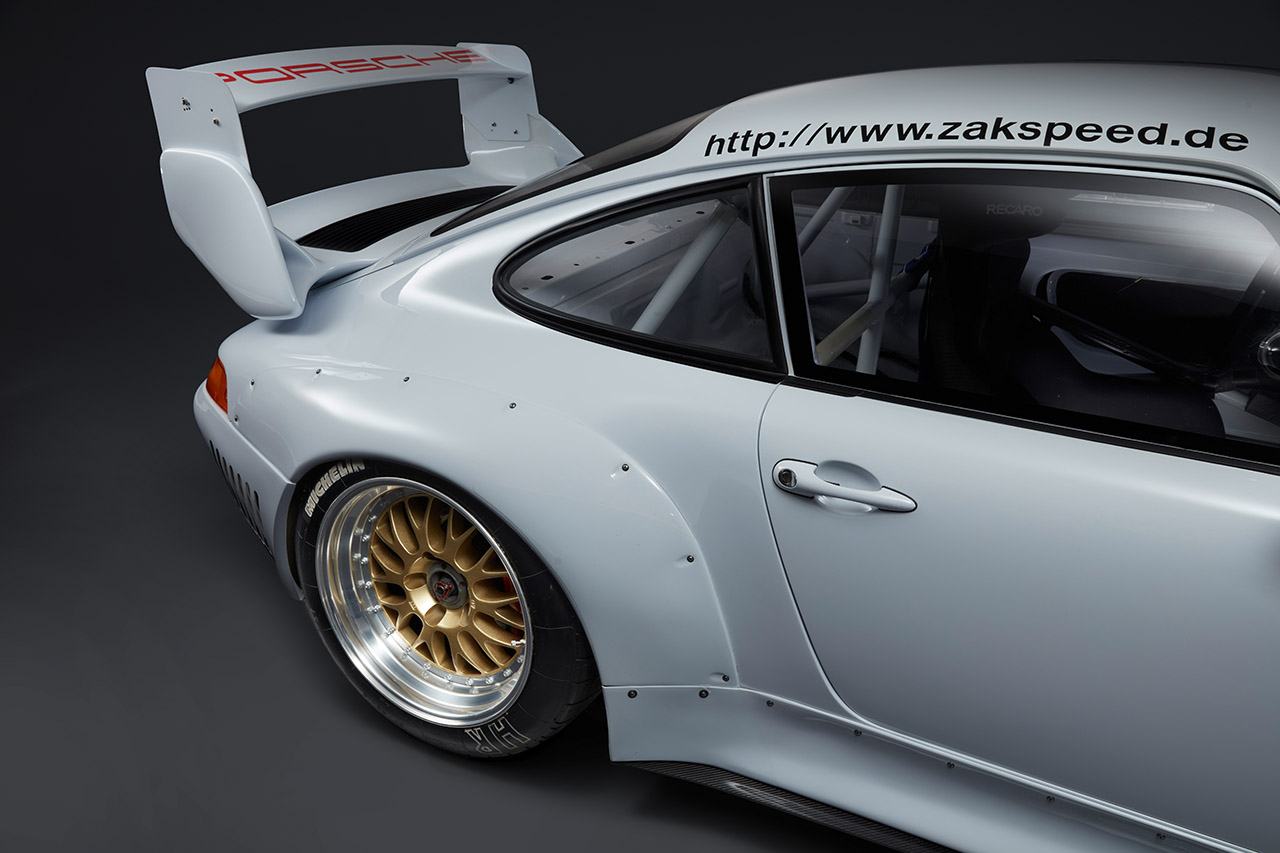 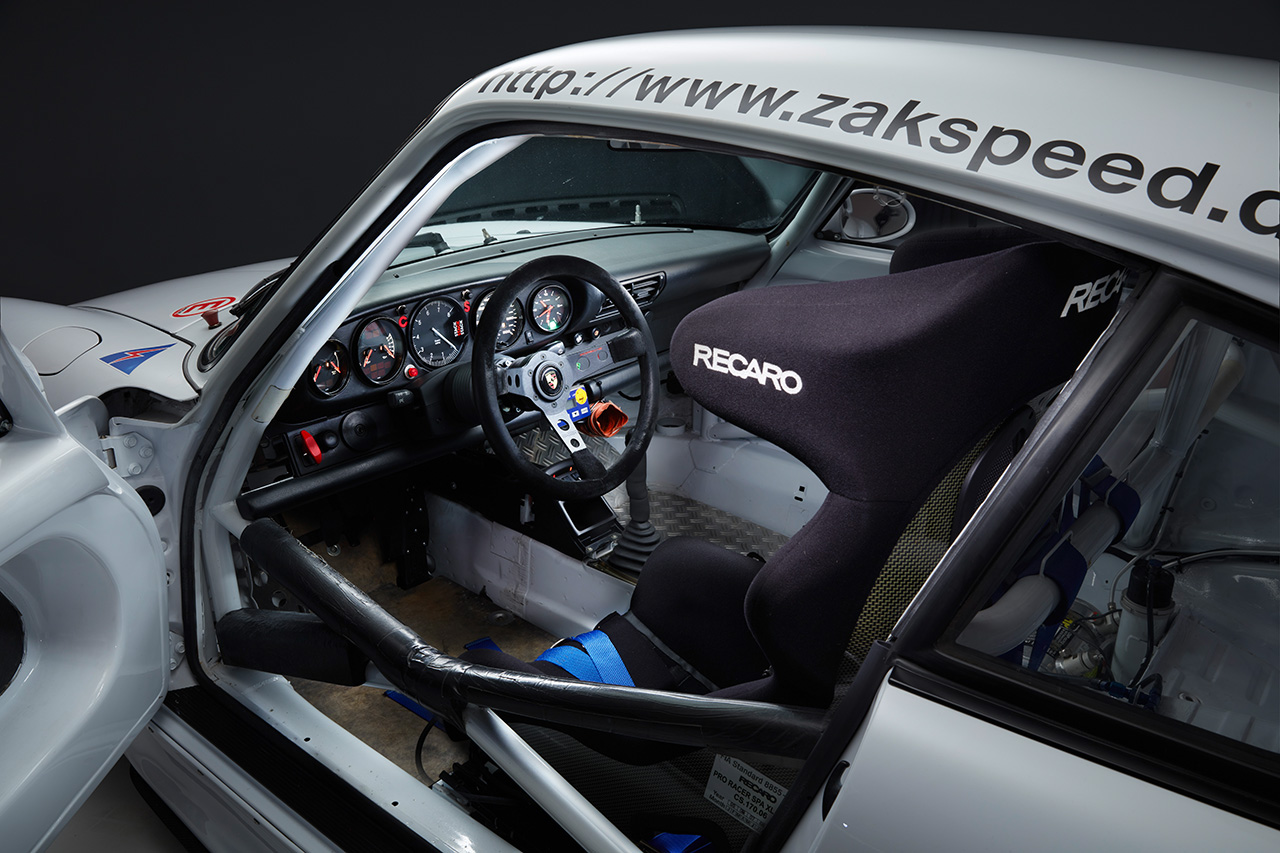 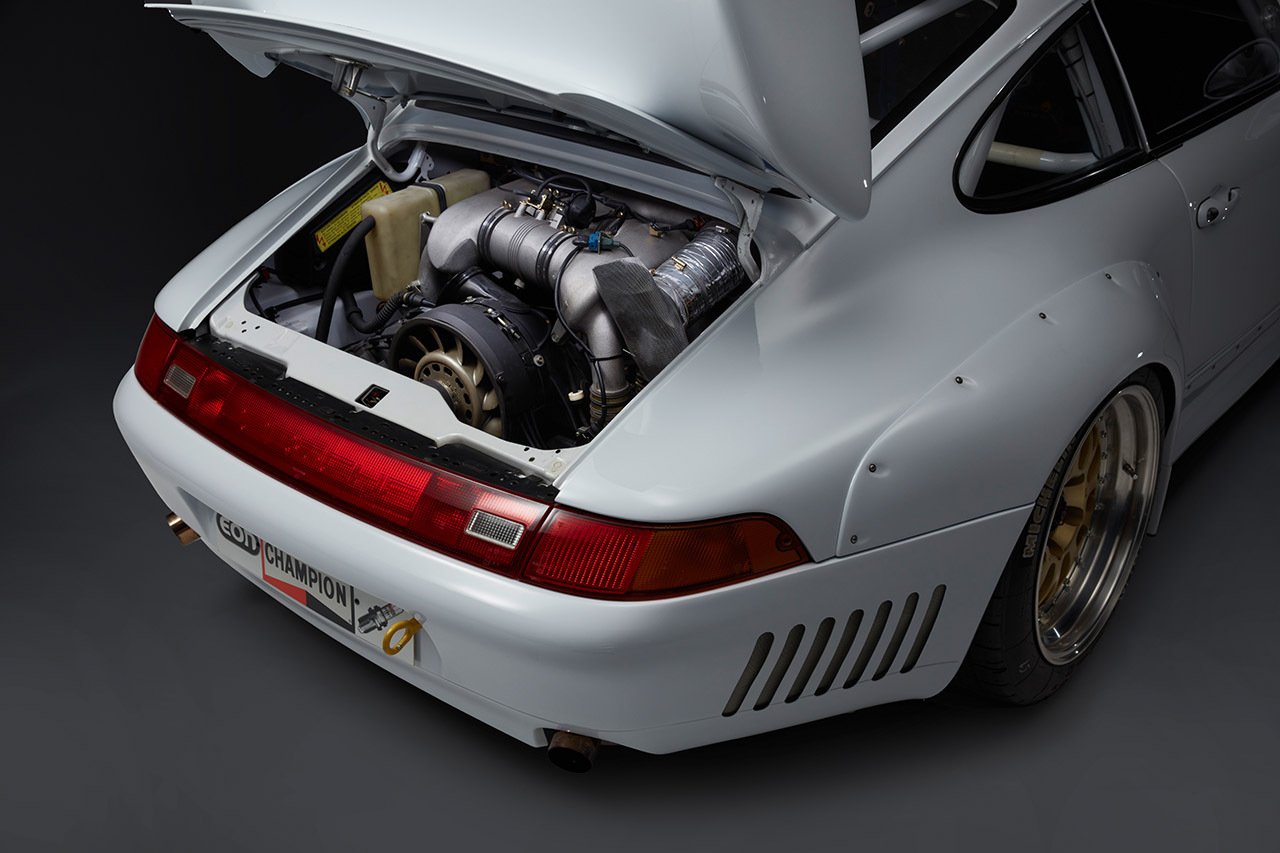 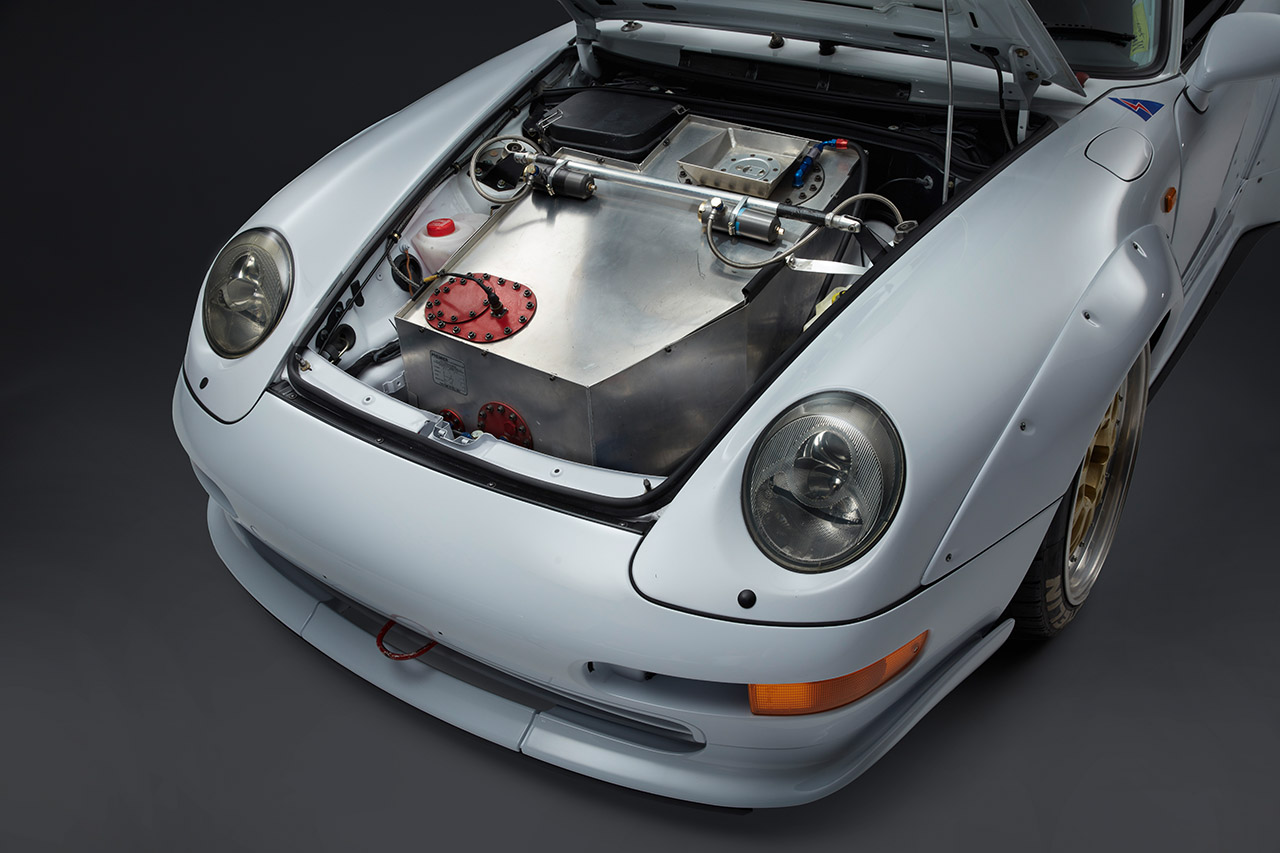 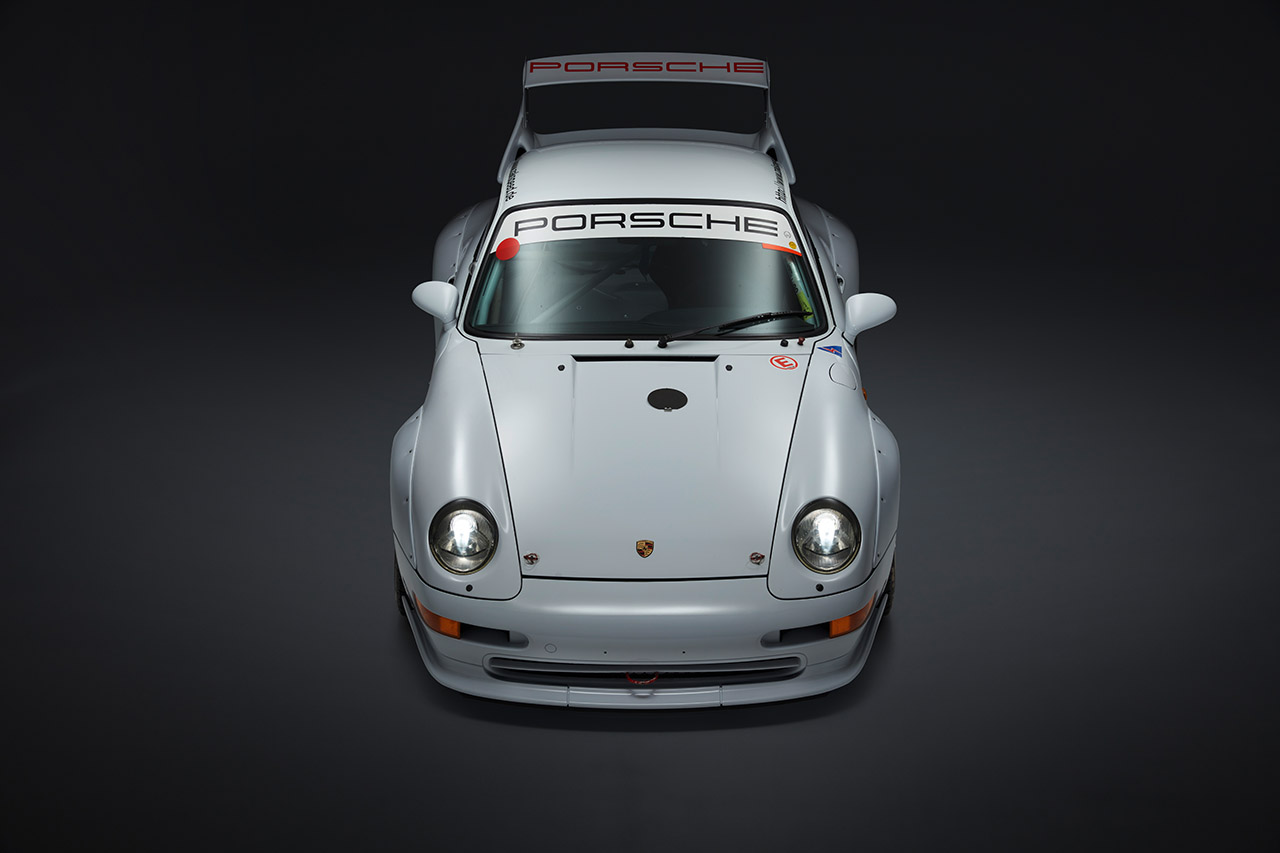 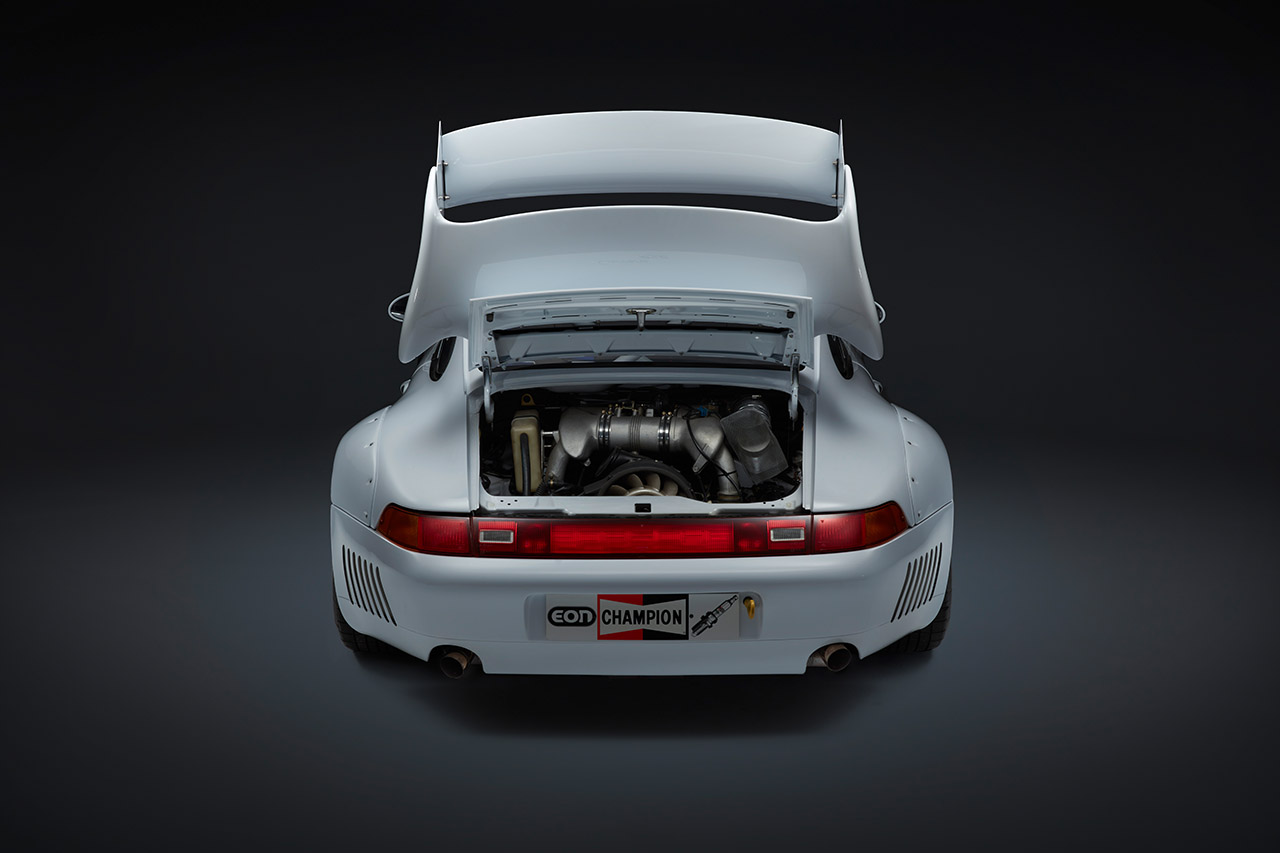 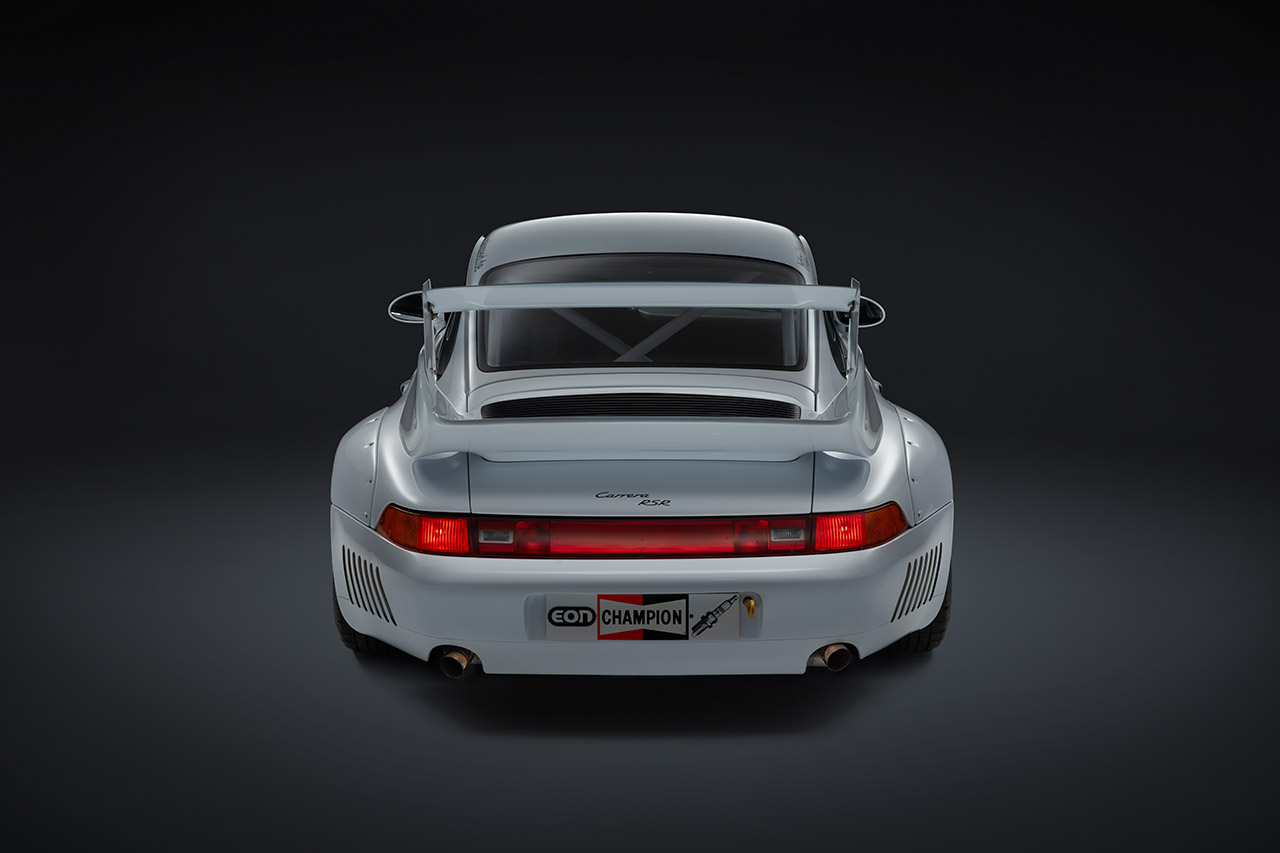 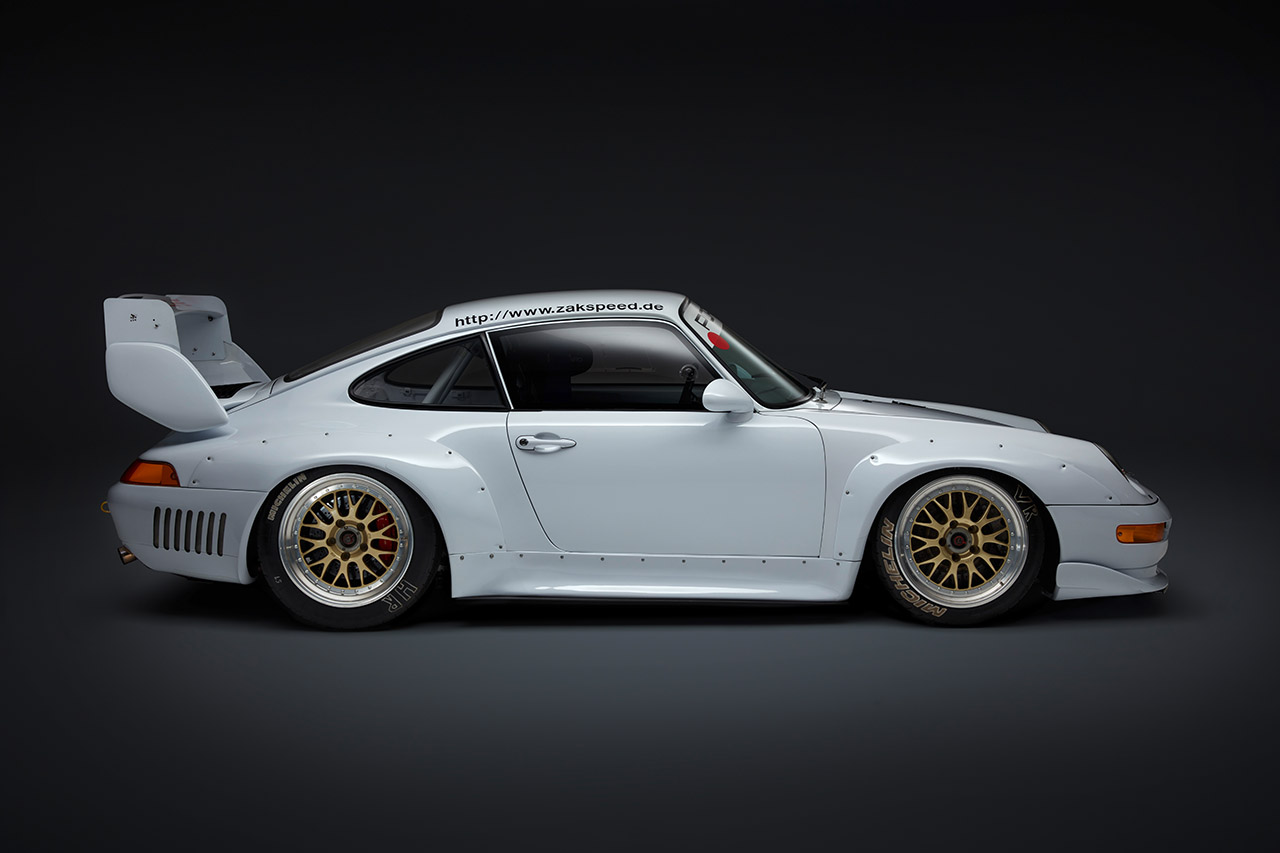 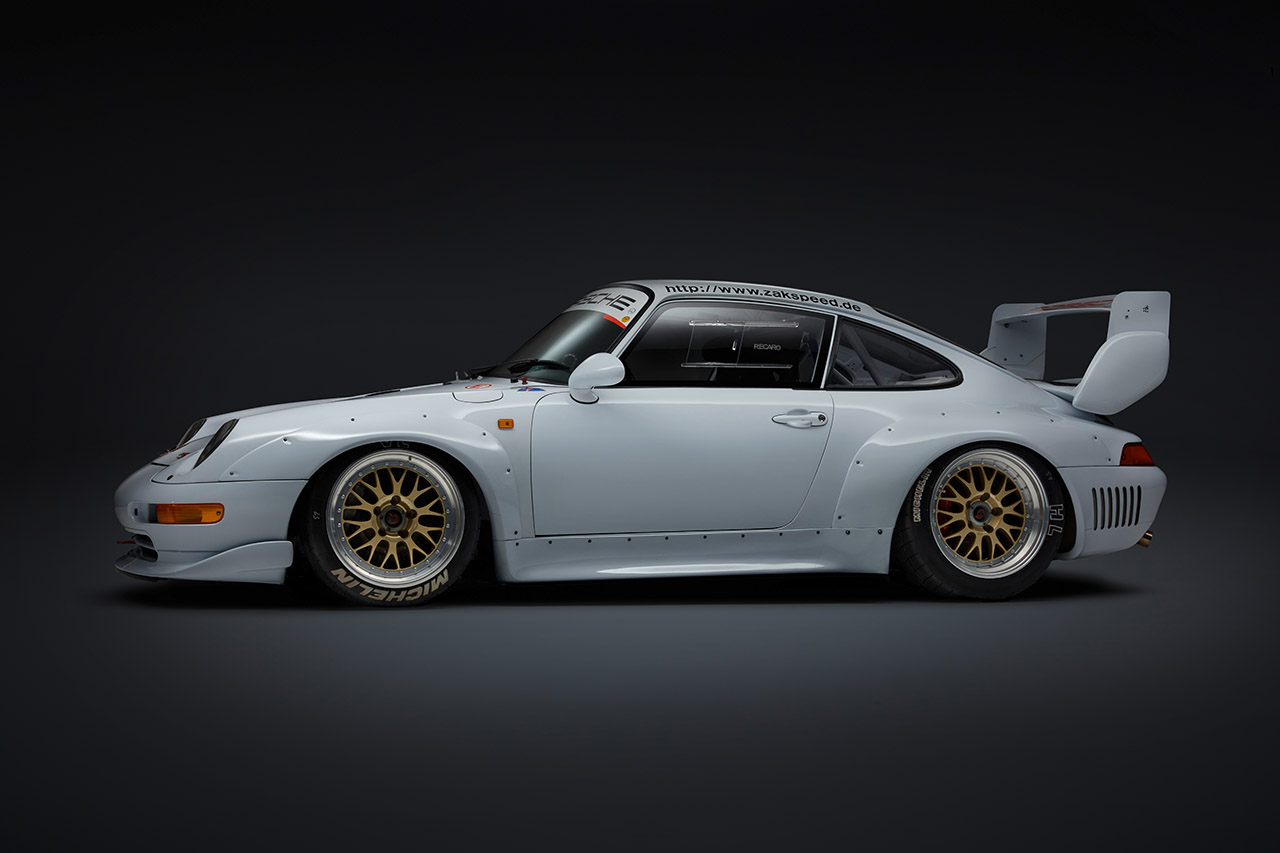 This Porsche 993 Cup 3.8 RSR is the very last car produced of this model. Out of the production of only 45 3.8 RSR built, the last 15 were produced as 1998 models. This very RSR was delivered to Zakspeed Racing in March 1998 as car number 15 out of the 15 1998 models as confirmed by Porsche Weissach Motorsport division. Extra options ordered by Zakspeed Racing were:

Zakspeed entered the RSR in a number of endurance races on the infamous “Green Hell “(Grüne Hölle) the Nürburging Nordschleife. It was one of two 3.8 RSR delivered by Porsche Motorsport to Zakspeed Racing. The present and second owner was racing a BMW M3 in the 2001 24-hours race at the Nürburgring and shared the paddock with Zakspeed. The RSR was mechanically completely revised by Zakspeed to participate in the race. At the time Zakspeed also started campaigning the Dodge Viper GTS-R and it was decided not to run the RSR. It was prior to the 24 hour race that Peter Zakowski, owner of Zakspeed Racing and the present owner shook hands on the sales of the RSR. It was shortly after delivered with a large spare parts package to the present owner who has never raced it since. It only saw a few shake down kilometers at the race tracks of Zolder (Belgium) and Hockenheim Ring (Germany).

With other than a few shake down kilometers the RSR has complete fresh mechanics and is race ready. The tires are tires from 2001 and need to be of course replaced for racing. This Porsche 993 Cup 3.8 RSR qualifies for a number of exciting historic Motorsport events including the Le Mans Classic by Peter Auto. Other races the RSR qualifies for are the Endurance Legends races such as the Silverstone Classic, Estoril (Portugal) and in the USA the Rennsport Reunion at Laguna Seca and the Daytona Historic 24 Hours.

A large spare parts package accompanies this exceptional Porsche race car – the very last of the air cooled Porsche RSR ever produced, still fitted with it’s original, completely rebuilt matching numbers engine. The complete list of the spare part package is listed on the link below.

Please note that the Porsche 993 Cup 3.8 RSR was delivered as a race car only, not legal for road use. We are aware of some examples which have been registered for road use in Japan and the United States, but we do not recommend to drive this race car on regular roads or traffic.

The RSR 3.8 was developed by the Porsche motorsport department specifically to support Porsche customer race team entries in to International Endurance events like the American IMSA GT series and European GT series. Out of the box the RSR was intended to compete in 24hr endurance events like Daytona, Spa and Le Mans. Like the Cup car it is based the standard RSR equipment included full welded Matter rollcage, an alloy bonnet, a front strut brace, fully ball-jointed suspension, special front spoiler and adjustable rear wing, a single racing seat with harness belt, battery switch, and a fire extinguishing system.

The RSR specification was a set of further developments fitted to the RSR cars as standard. This included 2 way adjustable Bilstein suspension adjustable for bump and rebound settings, bolt on fender flares like the GT2 to allow much wider wheels, larger 380mm endurance front brakes as fitted to the GT2, driver adjustable front roll bar and the all important M64/75 RSR engine and G50/34 gearbox. As an optional extra a 100 liter Premier safety fuel cell was available.

There is some confusion as to which cars are actually RSR cars. This is because during 1996 Porsche started supplying Cup cars with an RSR engine for customers who wanted to race their cars in the various series running GT3 classes. However they were just standard Cup cars with an RSR engine. Some people refer to these cars, because they have an RSR engine. However for model year 1997 Porsche developed a complete RSR vehicle specification which had a ‘Z’ order option code of ‘20631 RSR Package Vehicle’. Only these cars are full correct 993 RSR’s. Porsche produced 30 for 1997 and 15 for 1998.

Strangely Porsche’s own records for some RSR’s state an engine type of M64/70, which is only a standard Cup engine. However this is not the case in reality. When the actual engine numbers are checked ‘ALL’ RSR’s were supplied with RSR engines, which are M64/75.

All 993 RSR engine numbers are of the following format 62P85nnn. The 6th digit denotes the year 7 or 8 for 1997 or 1998 respectively. The final 2 digits are the unique number for that engine. The RSR engines were supplied in 3 basic specification options, which can only be determined from checking which number range it falls between, as detailed below for 1997. We also have the information for 1998 on file.