A Tribute to two Thoroughbreds

10 Jan A Tribute to two Thoroughbreds

Posted at 06:41h in Film, Race Legends by Thomas Hamann

In the year 2008 I purchased an ex works Porsche 550RS Spyder factory team car. The car was originally fitted with the only 1,100 ccm 4-cam engine Porsche produced and entered in 1954 at the 24 Hours of Le Mans where it won it’s class. After being returned to the factory the car was fitted with a 1,500 ccm 4-cam engine and entered in the 1956 Mille Miglia with racing legend Hans Herrmann at the wheel and Wener Enz as navigator. They unfortunately retired with engine problems after 9 hours and 55 minutes. 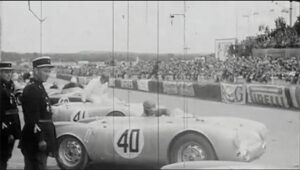 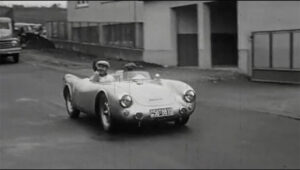 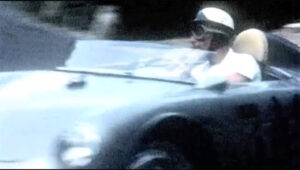 I had the idea of reuniting Hans Herrmann, 80 years young at the time, with this ex factory Porsche race car. I did contact my friend Stephan Heimann of Wiesbaden, a very talented photographer and cinematographer. Stephan joined forces with the director Philip Selkirk and we decided to rent the infamous Nordschleife, known as the “green hell” of the Nürburgring for half a day and put Hans Herrmann into this ex works Porsche 550RS Spyder.

The result were half a day of smiles on Hans Herrmann’s face when driving the car around the 20.8 km (12.94 miles) long Nordschleife and it’s 73 turns and bends. The video is a small documentary masterpiece as historic footage from the Porsche archives is included. Enjoy watching it! 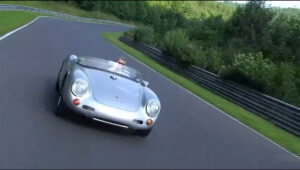 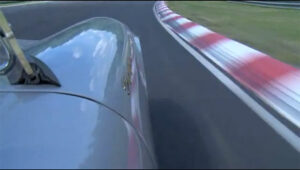 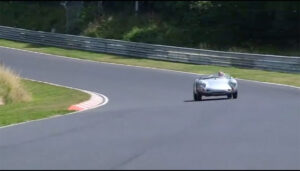 I sold the car to an American client of mine and within less than four years sold it again for him doubling his investment.

This website uses cookies to improve your experience while you navigate through the website. Out of these, the cookies that are categorized as necessary are stored on your browser as they are essential for the working of basic functionalities of the website. We also use third-party cookies that help us analyze and understand how you use this website. These cookies will be stored in your browser only with your consent. You also have the option to opt-out of these cookies. But opting out of some of these cookies may affect your browsing experience.
Necessary immer aktiv
Necessary cookies are absolutely essential for the website to function properly. This category only includes cookies that ensures basic functionalities and security features of the website. These cookies do not store any personal information.
Non-necessary
Any cookies that may not be particularly necessary for the website to function and is used specifically to collect user personal data via analytics, ads, other embedded contents are termed as non-necessary cookies. It is mandatory to procure user consent prior to running these cookies on your website.
SPEICHERN & AKZEPTIEREN